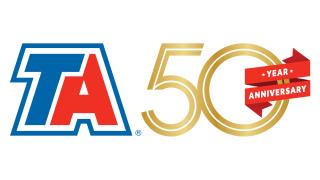 WESTLAKE, Ohio — A new report found that U.S. trucking fleets are moving forward with planning and investment in fleets powered by sustainable fuels.

According to TravelCenters of America (TA) latest survey report, "Sustainable Fuels in Trucking: The Greening of America’s Trucking Industry," fleet companies have begun making investments in electric vehicles (EV) and hydrogen-powered vehicles and expect to continue to do so in the next few years.

The survey was released as part of a new white paper from eTA, TA's sustainability business unit.

"This white paper, the first in a series about the trucking industry's transition to sustainable fuels and TA's role in that process, identifies the key challenges the industry is facing and the support it will need from federal and state governments to be successful," said Jon Pertchik, TA CEO. "One of the key findings is that many companies are hesitant to fully commit to alternative energy vehicles until the technology and infrastructure have matured enough for them to maintain efficient operations during the transition period and beyond.

"With the current range of EV and hydrogen-powered heavy-duty trucks, fleet leaders want to see a substantial number of available fast-charging and/or refueling stations before making larger investments in new vehicles," he added. "TA plans to be a leader in providing EV charging stations and hydrogen refueling for trucks at its over 275 travel centers as the industry adopts these sustainable fuels."

In April 2021 the company launched eTA, a new unit dedicated to partnering with the public sector, private companies and customers to deliver sustainable and alternative energy, as reported by Convenience Store News.

The unit builds on TA's previously announced plans to monetize a broad range of potential offerings in alternative energy, extending its commitment to providing the widest range of nonfuel offerings across its convenience store, restaurant and truck service businesses.

Several TA accomplishments in the alternative space that provided a strong foundation for the success of eTA include:

Westlake-based TA is the nation's largest publicly traded full-service travel center network. It operates more than 270 locations in 44 states and Canada, principally under the TA, Petro Stopping Centers and TA Express brands, in addition to nearly 650 full-service and quick-service restaurants and nine proprietary brands, including Iron Skillet and Country Pride.