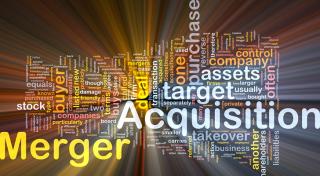 RGOC was founded in 1969 by Royce Groff, who began his career in the petroleum business on when he became a commission agent with Humble Oil & Refining Co., which is now part of ExxonMobil. Royce started with one bulk plant and one bobtail delivery truck.

Initial customers were farmers, ranchers, and other commercial accounts, along with a few small dealer-owned and Groff operated Humble-branded service stations. Since 1969, the company's goal has always been to give customers quality service and products at competitive prices.

Celebrating its 50th anniversary in 2019, the company and its employees, including seven Groff family members, have always been active in the communities they serve in addition to being a supplier of fuels, lubricants and other auto-related products. Long-term participation, leadership and memberships include the St. Louis Catholic Church in Castroville, the Castroville City Council, the Castroville Economic Development Board, the Medina Valley School Board, the Medina Valley Youth Baseball Association, American Legion Post 460, Cub & Boy Scouts and the Castroville Chamber of Commerce.

Royce himself was also named Citizen of the Year for 2019. RGOC has been a long-standing member of the Texas Food and Fuel Association and NACS.

TEI is a fifth-generation family-owned and operated company. Originally founded by James Link Calhoun in 1921 as Bay Oil Co. in Houston, TEI distributes petroleum and lubricant products with offices across 10 locations in Texas and New Mexico. TEI is currently led by Ford Smith Jr. and has more than 250 employees.

"I have known the Groff family for more than 35 years, so we were honored to assist them through this process," said Mitchell. "They have been valued members in their communities and will continue being active through other activities and retirement. We thank RGOC and Texas Enterprises and wish them both the very best going forward."

"We appreciate the knowledge, professionalism, and leadership Corner Capital showed throughout our valuation and sale processes," added Groff. "Their teamwork and ongoing communications were a great help that got us to a successful closing."