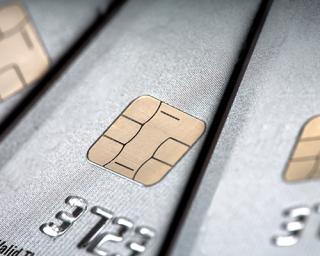 NATIONAL REPORT — Despite a request made earlier this month by several industry groups to again push back the deadline for EMV compliance on the forecourt, the major financial companies decided to push forward with the original deadline, meaning the EMV liability shift has now arrived.

As of this past Saturday, April 17, non-compliant stores are liable for any fraud related to the card portion of a transaction at their location, rather than the card issuers taking on this burden — and this can easily become a significant number depending on the amount of fraud that takes place.

“In some locations, they may not see anything in terms of fraud, but as the year goes on, and especially next year, you will see the fraud hotspots shift,” said Paul Kern, executive director of product management at NCR Global, a hardware and software provider based in Atlanta. “Those who are now impacted by fraud in Florida or Texas, for example; if they don’t convert, they will get destroyed by the amount of fraud, but then as they become compliant, you will see fraud move to the retailers who were not impacted before.”

According to newly released data from ACI Worldwide, a global provider of digital payment software and solutions, less than half of fuel merchants (48 percent) met the EMV automated fuel dispenser (AFD) compliance mandates as of April 17. Among those who are not yet fully compliant, just 50 percent expect to be compliant by the end of 2021. ACI surveyed fuel merchants that collectively represent 45,000 gas stations nationwide, including major oil companies, convenience stores and grocers.

The industry will likely continue to increase compliance numbers as time goes on, but there are still challenges with solutions being not yet available, hardware production being backed up, as well as a backlog of technician appointments to get the equipment installed, said Linda Toth, managing director of Conexxus, an Alexandria, Va.-based nonprofit technology organization dedicated to the development of standards, technologies innovation and advocacy for the c-store and petroleum market.

“We have encouraged merchants to look at which sites could potentially have the most fraud and prioritize those sites,” Toth said. “Not to say something with zero [fraud] today will be zero tomorrow, but we know certain geographical locations are more fraud-prone. Attacking it that way seems to be what a lot of merchants are doing.”

In addition to prioritizing high-fraud or fraud-risk locations, there are a few other options c-store and fuel retailers can consider if they weren’t able to meet the deadline — or chose not to try.

One of those is using a fraud monitoring system through Visa or their payment processor to score each transaction at the pump and send the riskiest transactions inside the store to pay, according to Toth.

“Most retailers, especially in high-fraud areas, are probably already doing zip code checking, but they can take drastic steps and force people to prepay or only accept certain types of transactions outdoors,” Kern added. However, he cautioned that “the cure could be worse than the problem because it could reduce revenue.”

Another option would be to turn off pay at the pump at certain locations, forcing customers to go into the store to pay for their transactions. If a store is branded with a major oil company, they would need to check with them first, Toth noted.

“It’s not ideal, but that is one surefire way to have no fraud at the pump,” she said.

The convenience store industry originally had a deadline of October 2015 to get locations EMV compliant on the forecourt. That date was then moved to October 2017 when it became obvious the deadline would not be met. It was pushed again to October 2020, and then the COVID-19 pandemic hit, which added more delays to the process. As a result, the date moved out by another six months to April 2021.