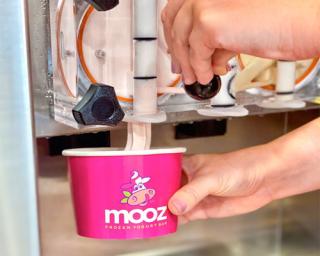 SAVANNAH, Ga. — Enmarket, which operates 125 convenience stores, 14 quick-serve restaurants and a fast-casual restaurant, captures the Foodservice Innovator to Watch category this year. This award recognizes a c-store retailer as an "up-and-comer" that is making a name for itself with the quality and innovation of its foodservice program.

Last year, Enmarket unveiled a beautiful 3,522-square-foot store in the historic district of its hometown of Savannah. The one-of-a-kind store draws inspiration from the surrounding historic district and the site's transportation-related history, given its proximity to the Central of Georgia Railway and Georgia State Railroad Museum. The newly renovated store features The Eatery, the chain's proprietary kitchen concept, which serves antibiotic-free, never-frozen chicken, fried fish, and a host of daily specials and sides in the afternoon.

During the breakfast daypart, fresh pastries, grab-and-go biscuit and croissant sandwiches made in-house, and full plated breakfasts are available. The store also offers a full complement of dispensed beverages, such as bean-to-cup coffee, "Chillen" frozen drinks, fresh-brewed tea and cold brew coffee. Previously, this store did not offer prepared foods or dispensed beverages.

In March of this year, Enmarket took the wraps off a 5,893-square-foot "Store of the Future" prototype, also located in Savannah. In this location, The Eatery provides foodservice offerings for every meal, as well as Mooz frozen yogurt and bean-to-cup coffee.

"It's tough to compete in the same market as Parker's, but Enmarket's Eatery is doing just that," said one judge. And another noted: "They brought in Ryan Krebs (as new foodservice director) and he did great things at Rutter's."

Judges also cited that in the past two years, Enmarket has made changes in its store layout, focus on food and customer-driven culture. The company is one of the faster growing medium-sized chains in the industry, which will only elevate its reputation as it grows.