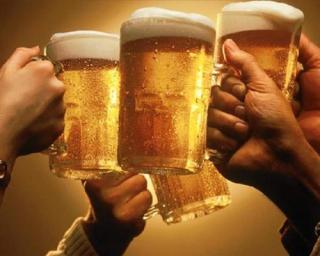 NATIONAL REPORT — If the beer industry thought the millennials were bad for business, wait until they see Generation Z.

According to a recent report from Berenberg Research, Gen Z prefers to drink vodka, gin and wine, AOL reported.

"Generation Z marks a turning point, being the first generation to prefer spirits to beer," analysts led by Javier Gonzalez Lastra wrote in the report.

For the report, Berenberg surveyed more than 6,000 consumers, 16 to 22 years old across the United States to determine the generation's approach to drinking.

Like millennials, the younger generation seems to appreciate the options and perceived quality of other options. However, it sees beer, especially certain Big Beer brands, as inauthentic and unappealing, according to AOL.

Gen Z is also drinking less alcohol than the generations before them. Berenberg found that respondents in their teens and early 20s are already drinking more than 20 percent less per capita than millennials did at the same age.

In addition, 64 percent of Gen Z respondents said that, as they grow older, they expected to drink alcohol less frequently than older generations currently do.

According to analysts at Berenberg, Gen Z respondents said they drink less because of health and hangover-related concerns, as well as worries about being judged by friends or parents.

"Twenty years of anti-drug, anti-smoking and anti-alcohol education has done its job: It is no longer 'uncool' to not drink or take drugs," Berenberg analysts wrote in a previous beverage industry report, published in September.