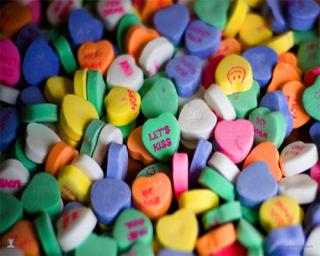 Innovation and nostalgic consumers are the two main driving forces behind the continued growth seen in the novelty/seasonal candy segment over the past few years.

“What’s fascinating is that seasonal candy has grown 5.5 percent, while the industry is only growing at a little less than 1.5 percent. That tells us that novelty/seasonal candy is winning the hearts and minds of consumers,” Larry Levine, executive vice president of market researcher IRI, told Convenience Store News.

According to Levine, the disproportionate amount of growth can be attributed largely to the success of Easter candy sales, which were up 12 percent from one year ago. Halloween candy also experienced an 8-percent surge, and Christmas saw growth, albeit small, of 2.5 percent.

“Holidays are able to outpace the general industry, so consumers still have a passion for fun themes associated with these different holidays,” Levine commented.

Yet consumers, by nature, may not think of convenience stores as a go-to destination for seasonal/novelty confection purchases. Both retailers and manufacturers in the convenience channel are looking to change this common misconception. Here’s how:

When asked if novelty/seasonal confections will see continued growth in the foreseeable future, Levine assures it will. In fact, with the convenience channel significantly under-leveraged in seasonal sales, there are huge and plentiful opportunities for growth, he noted.

One way is by taking advantage of celebrations outside of the core four seasons.

“There are great opportunities for the industry and the c-store channel for a celebration each week. If you think about how many holidays Hallmark and American Greetings have created for us, that’s just a natural time for candy to be a part of that party,” Levine said. “I really believe that every week can be a holiday, and there’s always something to celebrate.”

Because holidays are “waiting to happen,” he suggests c-store retailers generate buzz in their candy sections — and get away from the same old, same old — by co-promoting. For example, if a c-store sells even just a handful of greeting cards, Levine believe it is a great opportunity to remind consumers to buy a chocolate item to go along with it.

Consumers are willing to spend extra money to find something special to share with their friends and family during the holidays. This is a niche c-stores can easily fill, according to Clark Taylor, vice president of CandyRific LLC, a novelty confectionery manufacturer and supplier.

“Retailers in the convenience side of the business are seeing this segment as all-plus business for them. Novelty is a bit more labor intensive when it comes to timing of the products, but the higher profits in the segment are a great addition to a retailer’s overall bottom line,” Taylor expressed.

Because c-stores have a great deal of foot traffic, and because the novelty/seasonal candy segment is based on impulse, it is a “perfect match,” he said, adding that offering novelty/seasonal items can increase the overall sales volume of each transaction.

Jim Dodge, vice president, c-store sales for Mars Wrigley Confectionery, agrees with this sentiment. “Seasonal gift giving — especially small gifts — has become more popular over the last few years. Gifts under $5 and no more than $10 have gained traction in the c-store channel and become an impulsive purchase. Consumers are willing to spend more, and retailers will realize higher rings.”

A key element of a successful novelty/seasonal confection selling strategy is merchandising; it is also a critical component for all candy segments, according to IRI’s Levine. During the holidays, especially, 50 percent of candy sales are driven by merchandising.

“It’s important to spark that last-minute disruption. If I come in thinking I want Brand A, but Brand B has a display, then there’s just one opportunity to drive the consumer,” he explained.

For c-stores to capture sales in this segment and keep a competitive leg up over other retail channels, like drug and grocery, it is important to place secondary displays in high-traffic locations throughout the sales floor, advises Mars Wrigley's Dodge.

“Shoppers move through the store and make buying decisions quickly, so by having second, third and fourth interruption points, the c-store operator has a big opportunity for a larger, more profitable ring,” he said, noting key hot spots for secondary displays are near the register, cold vault, foodservice/deli, and fountain drink area.

Mars Wrigley has found that 40 percent of overall seasonal candy purchases are made on impulse, and the primary catalyst is seeing an item in an aisle or on display. Most planned purchases, on the other hand, are made two to three weeks prior to the holiday.

“There is a huge opportunity to increase incremental purchases by tapping into the c-store shoppers’ quick-trip mentality and making it easy to find the right products,” Dodge said, stressing that shoppers reach the confectionery aisle within 1-2 minutes, regardless of their path through the store. With 86 percent of shoppers making purchases there, it’s essential that they can easily locate the products they want.

Other merchandising tips from Dodge include: communicating to consumers before they’re in-store; placing complementary products next to each other; and displaying bold, clear pricing.

“Bold pricing statements on quality candy are critical to driving store choice, aisle navigation and impulse,” he pointed out.

To execute a successful novelty/seasonal confection-selling strategy, c-store retailers need to be vigilant in planning ahead for the season. For instance, ampm — a retail division of BP America Inc. that operates nearly 1,000 franchised c-stores along the West Coast — will map out its seasonal selling mix six to eight months in advance.

As of mid-August, the retailer had already made plans for Valentine’s Day 2018.

“We try to get it planned as early as we can,” Scott West, senior category manger, center of store for ampm, shared with CSNews.

Traditionally, ampm has brought in Halloween confections in late September/early October, giving its franchisees a month to sell through the products. However, in the last couple of years, the retailer has been bringing in Halloween products closer to Sept. 1 to allow franchisees a full 60 days to sell through the seasonal confections, Scott explained.

ampm has also been conducting site-by-site orders to determine the exact number of cases of product needed for each individual store. This helps to prevent overstocks. In the event of leftover seasonal confections, franchisees are encouraged to showcase the candy at a discounted price, at the front counter for high visibility.