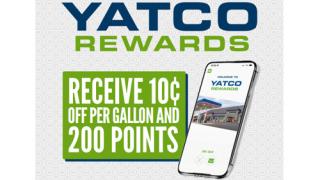 NORTHBOROUGH, Mass. —  Convenience store consumers increasingly demand that loyalty be accessible through easy-to-use mobile apps. The process, though, may be easier said than done.

In a recent Convenience Store News webinar, "Why C-Stores Need to Master Mobile Apps and How Yatco Meets the Challenge," Yatco vice president Hussein Yatim highlighted the retailer's mobile app journey — one that delivered a mobile-driven experience for its c-store customers that helped drive brand value and led to a lift in incremental sales.

Before mastering a mobile app, it is imperative that c-store operators understand the structure and types of loyalty programs. According to Ryan Dilello, content specialist at Paytronix, they fall into three general buckets:

With technology moving at lighting speed in the convenience store space, the c-store operator recognized the benefit of using technology to attract repeat customers and gather data on those shoppers.

Key in starting was realizing that the retailer wanted the app to be as easy as possible to use, he added.

"With a bankable points loyalty program, it's very easy to understand that as customers spend, it's easy to accumulate points, then choose which items to redeem them for," Yatim said. "Everyone has different spending habits; this type of point-based program enables us to cater to everybody."

Building the app is only the first step; Yatco then needed to get the message out its customers. According to Yatim, the retailer used marketing tools like in-store signage and QR codes at the register and the pumps, and social media.

Incentives help as well, he added. By downloading the free app, customers get 10 cents off per gallon of gas and 200 points to redeem inside the store.

Since June, the company's data shows 5,000 members total registered. With many forms of entry, everyone can stay connected by using their phone number, physical card, mobile app, or key chain to collect points.

Rewarding the customer early is key, Yatim noted. Customers get excited when using promotions for special things like birthdays, freebies and fuel discounts.

During the first two weeks of July, Yatco launched a campaign to reward members with a 25 cent gas discount for every $10 spent in the store. Analyzing campaign data, the convenience retailer found:

"Even though less people came in during that two-week period, because they were incentivized to go in and spend $10, they did go and they spent more per customer which drove that incremental increase in in-store spend and basket size," Yatim said, adding the two-week period included the Fourth of July holiday which typically brings less people into the store.

The campaign, he added, is an example of how you can change customer behavior.

An on-demand replay of this webinar, "Why C-Stores Need to Master Mobile Apps and How Yatco Meets the Challenge," is available here.