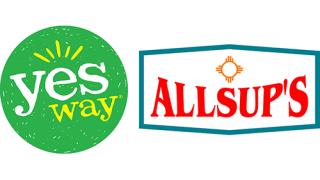 FORT WORTH, Texas — Customers at Yesway and Allsup's convenience stores are finding 2022 to be a lucky year to play the lottery.

In June, a customer purchased a $1 million prize-winning ticket in the $1,000,000 Crossword game at the Allsup's store located at 416 W. Wilson Street in Borger, Texas — and that customer wasn't the only big winner.

Prizes have been plentiful this year, according to the parent company of both convenience store brands. The Allsup's store on Hall Street in Bangs, Texas, sold a $25,000 winning Cash Five ticket; a customer won $45,458 in the Iowa Lottery's Jackpot Party InstaPlay game at a Yesway store in Marshalltown, Iowa; and in the same town, another Yesway customer won $30,000 in the Iowa Lottery's "Big Money" $3 scratch-off ticket game.

"We are thrilled to be a lucky place for our customers to purchase their lottery tickets," said Derek Gaskins, chief marketing officer at Yesway. "Yesway and Allsup's are truly great places to play andwin."

The convenience store operator offers terminal-based games as well as a variety of instant lottery games.

Yesway is on a mission to expand its portfolio to more than 500 convenience stores. In 2019, Yesway, which is operated by BW Gas & Convenience, an affiliate of Beverly, Mass.-based Brookwood Financial Partners, completed its acquisition of Clovis, N.M.-based Allsup's, adding 304 convenience stores to its network, as Convenience Store News reported.

"From our founding over 60 years ago to today, Allsup's has had a rich history of caring about our employees, our customers, our service providers, and the communities in which we work and live," said Mark Allsup, president of Allsup's, upon the acquisition. "With Yesway as the new steward of the Allsup's legacy, we know that our values and our commitment to maintaining a hard-working, caring, and loyal culture will not change as we move forward. We could not be more pleased about joining the Yesway family and look forward to a bright future together."

According to Yesway, the c-stores represent the first of two new prototypical store formats the company has developed: a large-format convenience store and a hybrid truck stop, which will both be open 24 hours per day.

"We are thrilled to be bringing these new, larger format stores to our loyal customers in Texas and New Mexico," said Tom Trkla, chairman and CEO of Yesway. "I am proud of how hard our amazing team has worked to bring these stores to market."

The company also filed plans for an initial public offering valued at up to $100 million in September 2021.