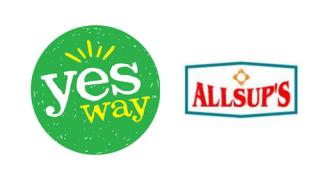 DES MOINES, Iowa — Yesway is closing on the largest deal in its four-year history with the completed acquisition of Allsup's Convenience Stores.

With the addition of Clovis, N.M.-based Allsup's, Yesway's store count clocks in at 421 stores and bolsters its presence in Texas, New Mexico and Oklahoma. It also brings the company significantly closer to achieving its goal of assembling a 500-plus convenience store portfolio.

"From our founding over 60 years ago to today, Allsup's has had a rich history of caring about our employees, our customers, our service providers, and the communities in which we work and live," said Mark Allsup, president of Allsup's. "With Yesway as the new steward of the Allsup's legacy, we know that our values and our commitment to maintaining a hard-working, caring, and loyal culture will not change as we move forward. We could not be more pleased about joining the Yesway family and look forward to a bright future together."

Tom Trkla, chairman and CEO of Yesway, told Convenience Store News in a recent interview that the Allsup's banner will continue to fly. According to the executive, Allsup's has a destination foodservice operation with a very loyal following, which Yesway intends to expand into its stores. He believes that the company can implement many of the programs and systems it has created into the existing Allsup's stores.

"All of us at Yesway are excited to be joining together with Allsup's, one of the most iconic and adored convenience store chains in the country. We are honored that Barbara and Mark Allsup selected us to be the future custodian of their brand promise and legacy, which Lonnie and Barbara Allsup started over 63 years ago with the opening of their first store in Roswell, New Mexico," Trkla said. "We take this responsibility very seriously and pledge to all of Allsup's loyal customers that what makes Allsup's so unique and special will not change. We look forward to serving our terrific customers, to continuing to offer the world-famous Allsup's burrito, and to building on Allsup's legendary tradition by adding new and exciting products and customer benefits in the months and years to come."

"There are tremendous synergies between our two companies, the most notable of which are Allsup's phenomenal foodservice offer and Yesway's technological expertise. We are fortunate to have very experienced management teams within both organizations, which will help us execute on our vision," he added. "I am thrilled that Mark has agreed to serve as president of the combined company and I look forward to working closely with him as we complete the integration and continue to grow the portfolio."

Goldman Sachs acted as financial advisor to Yesway for this transaction, and Goldman Sachs and RBC were joint lead arrangers on the associated debt facility.