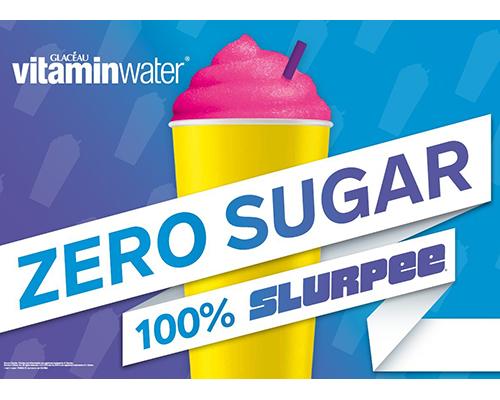 The Glacéau vitaminwater zero sugar flavors are named Rise and Shine but can be enjoyed morning, noon or night, the convenience store retailer stated.

Rise is a citrusy orange flavor while Shine is a refreshing strawberry lemonade. Both are available exclusively at participating locations.

The new flavors are a follow-up to the first sugar-free Glacéau vitaminwater Slurpee flavors, Fire and Chill, which launched in 2019, as Convenience Store News previously reported. Chill, a blueberry lavender flavor, became the best-selling sugar-free Slurpee flavor in more than two years, according to 7-Eleven.

"Vitaminwater was an instant hit on the Slurpee machine last year, so much so that we immediately began talking with Glaceau about what we could give our customers next," said Jawad Bisbis, vice president of proprietary beverages. "I think vitaminwater Slurpee Zero drinks are gaining a real following, and the new flavors will prove even more popular."

According to the retailer, citrus is a perennially popular flavor type as well as the top flavor preference for consumers who prefer better-for-you options, especially for non-alcoholic beverages.

Irving-based 7-Eleven operates, franchises and/or licenses more than 71,100 stores in 17 countries, including 11,800 in North America.