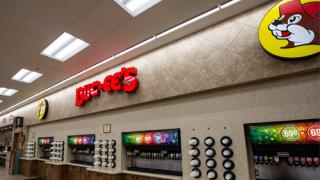 The retailer was slated to break ground on its first travel center in Johnstown, Colo., on June 7. Located at 5201 Nugget Road, at the southwest corner of I-25 and County Road 48, Buc-ee's Johnstown will occupy 74,000 square feet and offer 116 fueling positions. Inside the store, the retailer will offer thousands of snack, meal and drink options for travelers on the go.

Buc-ee's favorites including Texas barbecue, homemade fudge, kolaches, Beaver nuggets, jerky and fresh pastries will all be available as well.

Previously filed planning documents indicated Buc-ee's would encompass a portion of a 140-acre rural parcel that has historically been agricultural use, with some oil and gas. No development has occurred on this site. Buc-ee's bought the property in December 2021 for nearly $9.4 million through its holding company Buc-ee's Johnstown LLC.

"We picked a great partner in the community of Johnstown for our first store in Colorado," said Stan Beard of Buc-ee's. "At the foothills of the beautiful Northern Front Range, this Buc-ee's will introduce all sorts of bikers, hikers, skiers and campers to the cleanest restrooms, friendliest staff and freshest food they'll ever find on a road trip."

Founded in 1982, Lake Jackson-based Buc-ee's now has 35 stores across Texas, including the world's largest convenience store. It began its multi-state expansion in 2019 and has since opened two travel centers in Alabama, two in Florida, and two in Georgia.

Most recently it began ringing up customers at its first locations in South Carolina and Kentucky. The Buc-ee's in Florence, S.C., welcomed customers on May 16. Situated at the midway point between New York and Miami, the Buc-ee's Florence occupies more than 53,000 square feet and offers 120 fueling positions on the forecourt.

On April 19, the retailer threw open the doors of its travel center in Richmond, Ky. The location is the company's first in Kentucky and also occupies more than 53,000 square feet and offers 120 fuel positions.

Tennessee has its first two stores under construction.  In addition, earlier this year Buc-ee's announced the development of its first stores in Mississippi and Missouri.