Buc-ee's Is Headed to the Peach State

Buc-ee's Is Headed to the Peach State

The company will break ground on the Georgia site, located at the southeast corner of I-75 and Russell Parkway in Warner Robins, on Nov. 18. Buc-ee's selected Warner Robins based on the nearby Air Force base and its prime location between Alabama and Florida, reported 13WMAZ.

"We're excited to break ground in Warner Robins and provide people with a world-class option for their travel needs along the highway," said Jeff Nadalo, general counsel for Buc-ee's. "Warner Robins is one of the fastest growing cities in Georgia, and we are hoping to support the military community at nearby Robins Air Force Base by providing quality jobs with great pay, full benefits, 401k, and three weeks vacation."

The planned 53,000-square-foot travel center will have 116 fueling stations and operate 24 hours a day. In-store offerings will include Buc-ee's favorites, such as Texas barbecue, Beaver nuggets, and merchandise for Buc-ee's mascot Bucky.

Construction will take approximately a year and create around 200 jobs, according to the company. Job fairs will be held next spring and summer.

The retailer opened its first store outside of Texas earlier this year in Robertsdale, Ala., as Convenience Store News reported. 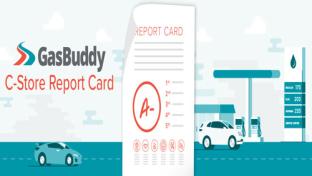