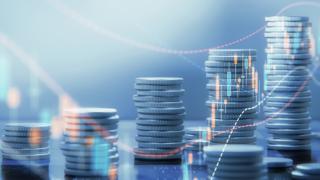 NATIONAL REPORT — The definition of convenience is changing and along with it, so is the role technology plays in the channel.

Presenting the 2020 Convenience Store News Technology Study during an Oct. 15 webcast entitled "Meeting New Consumer Needs," CSNews Editorial Director Don Longo noted that technology has become critical to convenience stores' ability to be convenient. An overwhelming number of the c- store retailers participating in this year's study said their spending on technology and automation has increased this year compared to 2019, and only partly due to the COVID-19 pandemic.

What jumped out from this year's Technology Study is that nearly three-quarters of the c-store IT executives said their companies' technology budget increased in the past year. That's an increase from about two-thirds who said the same last year, Longo cited. In addition, a third of the retailers said their spending increased by 10 percent or more over the previous year — that's also an increase from less than 25 percent who said their spending increased by that much in the previous year's study.

"I believe the spend levels will continue to increase, and that those investments are going to shift to additional spending especially on software and centralized solutions," said Ed Collupy, a c-store technology veteran and executive consultant at W. Capra Consulting Group, who joined Longo in analyzing the study's findings.

Such investments will include "the cloud," according to Collupy. "I think retailers are looking for ways to deliver systems, apps, data and hardware wherever they choose. The cloud enables that," he explained, adding that the c-store industry's growing commitment to technology is now "an important way of staying competitive, relevant and alive."

Jeff Bradbury, senior marketing director at Hughes Network Systems, which sponsored the webcast, described the industry's technology investments over the past year as the acceleration of initiatives that were already on c-store retailer's agendas, including curbside pickup, third-party delivery and contactless payment.

"Those are not one-and-done investments. Those were already on roadmaps. Those are fundamental changes to the way convenience stores deliver on their promise of convenience," Bradbury explained. "The investments of this are going to be supported and built upon for the foreseeable few years."

When asked as part of the Technology Study what will drive their tech investments in the coming year, the No. 1 priority among retailers is becoming EMV compliant at the forecourt — which was cited by 20 percent of respondents, according to Longo.

The EMV forecourt deadline was slated for October 2019, but was then pushed back to April 2021 after industry players raised concerns about meeting the original deadline because of COVID-19 challenges. Although the liability shift was pushed back six months, more than half of the c-store retailers surveyed are still not prepared.

"Your No. 1 item is exactly where our attention is, as somebody who is serving customers in this industry: the EMV challenge," Bradbury said. "It has a trigger date of April 2021; that's a firm date that people have to move toward."

He cautioned that there are significant implications — from both a security perspective and a financial perspective — in not becoming EMV compliant by the deadline.

"There is a heavy burden there to get it done on time," he said. "For those who don't, they really need to drill in on what the cost of failing to be compliant will be."

Other items high on the retailers' list of tech investment priorities are:

Although faced with operational challenges driven by the pandemic, the health crisis also spurred c-store operators to accelerate some technology-powered initiatives like contactless payment, home delivery and curbside pickup.

Discussing which technologies will be the most important post-pandemic, Collupy said the pandemic has led the industry into the ecommerce world in a bigger way.

"Convenience retailers are fast and reactionary. Implementation of order ahead, curbside pickup and delivery, they were likely on people's roadmaps, but now they are realities and they are going to need to be sustained," he advised.

In order to sustain those, retailers will need the help of many of their current solution providers, and they'll need them to move just as quickly as they are, Collupy added.

'Many retailers are moving to an API-first approach to new implementations and with the help of Conexxus, retailers will have a new technology foundation that will provide improved and faster integration capabilities," he said.

Retailers also need to continue reinventing conveniences and services that have been a longstanding part of the industry. Collupy pointed to things like punch cards, subscriptions as a way of convenient payment, and monthly promotions becoming time-of-day relevant offers.

The webcast was the final leg of the three-part CSNews 2020 Virtual Technology Leadership Series, which kicked off Oct. 1. To view the webcast on demand, click here. To view on-demand presentations of the first two parts of the series, click here.