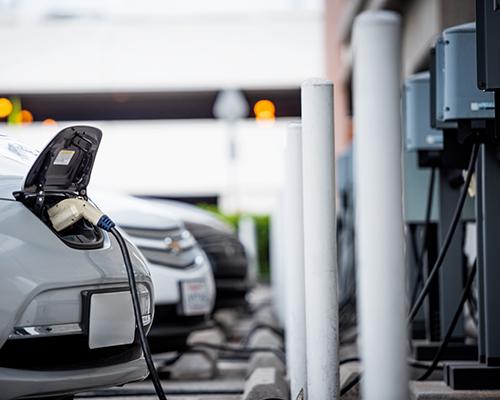 NATIONAL REPORT — While electric vehicles (EVs) only represent about 2 percent of the overall car market, adoption is projected to increase in the future. And there are some states that are more electric vehicle friendly right now, so convenience store retailers operating stores in those markets should be preparing.

According to the American Council of Energy-Efficient Economy’s first State Transportation Electrification Scorecard, released in February 2021, the top 10 EV friendly states are:

“Not all markets will adopt at the same pace,” said John Eichberger, executive director of the Fuels Institute, a non-advocacy research organization dedicated to studying transportation energy based in Alexandria, Va. “California has a zero-emission mandate, and they are much more aggressive with rollouts, and the majority of electric cars have sold there. But there are 10 states that follow as well, so operators need to look at the regulations that affect their markets.”

In February 2021, both General Motors and Ford Motor Co. announced plans to move toward electric vehicles, although Ford was talking primarily about its vehicles in Europe. General Motors said by 2040, it plans to have 100 percent of its portfolio fully electric, and Bloomberg is forecasting that by 2040, 60 percent of vehicles will be electric. President Joe Biden has announced that he will be heavily investing in the EV market to the tune of $174 billion.

Looking at the current average life of a car — estimated to be about 12 years and on the high side, 15 — and looking at the percentage of electric cars to be sold this year — around 1.98 percent, and likely around 2 percent next year — the reality is that the change won’t be as dramatic as represented by the news and car company announcements, according to Alan Cerwick, CEO of VP Racing Fuels, a San Antonio, Texas-based company that provides branded fuel programs to the convenience channel.

“While I believe electrification will be slower than touted, it will inevitably continue and likely over the years, put downward pressure on the c-store industry,” he acknowledged. “In the end, hybrids make the most long-term sense as a transition period, and traditional fueled transportation is likely to remain for the foreseeable future. That, however, doesn’t mean c-store operators shouldn’t begin thinking about how to transition their business.”

Although mainstream adoption of electric vehicles is not coming any time soon, according to industry insiders, many c-store chains are adding EV charging stations to their stores now, especially in markets like California where electric vehicles are more popular.

Among the retailers in this category are:

Eichberger believes there will be combustion engine liquid fuel in the market for decades to come, but he agrees that operators need to start looking now at “future-proofing” their sites.

For new builds or construction, plans should include a power panel that can handle electric vehicle charging and parking spaces for the chargers, but also capability for alternative fuels that will likely grow more quickly than electric, according to the Fuels Institute executiv

When going electric, industry experts also emphasize that it is important for c-store operators to increase their focus on foodservice and other products and services to make their stores a destination outside of fuel. EV drivers will have other options to charge their vehicles outside of c-stores, unlike with traditional gasoline and alternative fuels.