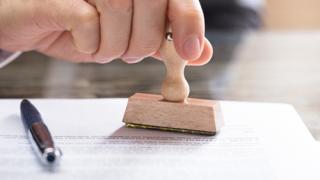 SACRAMENTO, Calif. — The sale of flavored tobacco products in California can continue, for now.

The flavor ban — which includes menthol cigarettes — was set to go into effect on Jan. 1. However, state officials agreed to delay the new law's implementation after opponents to the ban petitioned to bring the issue of the voters.

According to The Associated Press, the offices of Secretary of State Alex Padilla and state Attorney General Xavier Becerra won't enforce the legislation until county clerks have enough time to verify that there are at least 623,000 valid signatures.

On Nov. 24, the California Coalition for Fairness said it submitted more than 1 million signatures from registered voters in a bid to get a veto referendum to overturn the legislation, SB 793, onto the November 2022 ballot, as Convenience Store News previously reported.

Questions are already being raised about the petition. Inyo County's top elections official, Kammi Foote, said she was referring the petition there to the county district attorney because her office found a high level of signatures that do not match county records, the AP reported.

California Coalition for Fairness said in a statement that it takes the allegations seriously but turned in more than 1 million signatures, more than enough to qualify for the ballot.

Gov. Gavin Newsom signed the legislation into law on Aug. 28. Under the legislation, retailers will be banned from selling flavored electronic cigarettes and other vapor products, menthol cigarettes, non-premium flavored cigars and cigarillos, and other flavored smokable, vapable and smokeless tobacco products.

The law excludes loose-leaf tobacco, tobacco that is smoked in water pipes, and premium cigars costing $12 or more.

Officials did not set a new implementation date. The California Coalition for Fairness said it expects the referendum to be through the verification process by the end of January.