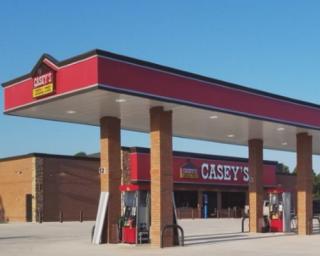 NEW YORK — With plans to add 350 new convenience stores to its network over the next three years, Casey's General Stores Inc. is placing an emphasis on accelerated unit growth as part of its strategic planning journey.

Currently, Casey's has a dense network of stores built around its two distribution centers, and the company believes there is "significant infill opportunities, particularly in midsize and suburban markets, to augment our outward expansion," Johnson said during the retailer's 2020 Investor Day, held Jan. 9 in New York.

According to Johnson, Casey's also has several new tools in its growth toolbox — including non-fuel convenience stores and predictive analytics for site selection.

The analytics will not only help the retailer evaluate the position of its existing assets, but also help build out the most efficient network strategy moving forward.

Over the past 10 years, Ankeny, Iowa-based Casey's has built or acquired 750 stores, and replaced or remodeled an additional 700 existing stores.

"We believe our differentiated business model, which includes self distribution and our best-in-class prepared food offering, allows us to operate profitably in all markets — from suburban Chicago down to rural communities under 1,000 people," Johnson said. "This gives us a significant addressable market to further expand our brand."

Casey's growth has come from new store construction and acquisitions, he noted, and over time, the retailer has shown the ability to acquire in "a very disciplined manor."

A Mixed Approach to Growth

"This two-prong approach to growth has enabled us to deliver very predictable expansion, attractive returns, and allowed us to be selective on acquisitions and not overpaying when valuations are high," Johnson explained.

Newly constructed Casey's locations perform well and provide growth to the company in both sales and profitability. Gallons and inside sales outpace the chain's averages of 1.9 billion gallons and $1.6 million in inside sales at maturity, according to the senior VP.

In terms of building costs, Casey's total investment in its smaller store format is 17.5 percent less than the NACS rural average. Its larger formats come in at roughly $1 million less, or 21 percent less, than the NACS suburban average, Johnson said.

"Most of the cost difference is in our building and inside equipment where we spend, on average, about $300 a square foot vs. the NACS average of $500 a square foot," he noted.

The second prong of its approach to growth — merger and acquisition (M&A) activity — is an area the company believes it can accelerate. Pointing out that two-thirds of the c-stores in the industry are owned by operators who have 10 stores or less, Johnson said Casey's is reorganizing its development team to have a dedicated M&A group that will focus solely on smaller acquisitions.

"There are a lot of targets out there. We have identified over 400 single-store operators in our area and there are approximately 2,500 stores that are in chains of 100 or less," he said, acknowledging that Casey's needs to be more proactive in reaching out to these smaller operators.

"Although the smaller chains and single stores may not grab the headlines, we feel it is a great place to play," Johnson said. "We have acquired nearly 350 stores at significantly lower multiples than what the big chains have gone for."

That being said, Casey's "will not shy away from larger strategic deals, should they become available," Johnson added.

To identify markets ripe for growth, Casey's recently partnered with Dallas-based Tango Analytics and will roll out a predictive modeling tool in February that will help in site selection.

"The tool will draw on the performance of our existing store base and analyze demographic data that is tied to Casey's store performance," Johnson said. "Data such as customer segment information, consumer behavior indexes, and competitor analysis will be used with machine-learning predictive analytics, which will give us significantly more confidence in our sales projections and site selection process over time."

"These are not new markets for us; some of our most profitable stores are currently in these types of markets, and 66 percent of [our] current pipeline is in towns larger than 10,000 people," he explained. "However, we have historically selected these locations on a one-off basis. With the help of our network planning tool, we now plan to select and build more sites at the same time in these larger communities."

Casey's third distribution center, currently being constructed in Joplin, Mo., will open up new territories in the Southwest, and alleviate pressure from its other two distributions centers — one in Ankeny and the other in Terre Haute, Ind.

"Within our optimal distribution radius, there are over 4,786 markets that do not have a single Casey's in town and many of those communities can support multiple stores," Johnson pointed out.

In addition, Casey's business model is not unique to the Midwest and can be replicated coast to coast over the long term. "There are rural and midsized communities in every state, which is why we believe our runway for growth is very long," Johnson said.

This is the last in a four-part series on Casey's 2020 Investor Day.