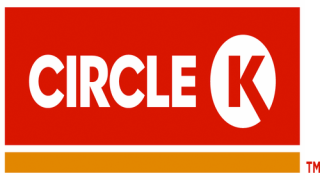 LAVAL, Quebec — In September 2015, Alimentation Couche-Tard Inc. embarked on a journey to unite its convenience stores across the globe under the Circle K umbrella. Now, four years later, the initiative continues with all Circle K customers in Europe shopping the new brand, and changes swiftly moving across North America.

"As we enter our fourth year of our Circle K rebranding campaign, I can't be prouder of the work we’ve done across our network," President and CEO Brian Hannasch said during Couche-Tard's first-quarter fiscal year 2020 earnings call, held Sept. 5. "Europe is now complete and we have more than 5,800 stores proudly displaying the new Circle K brand in North America — that includes nearly 790 former CST-branded locations."

In the United States, 94 percent of the sites in the company's Heartland Business Unit have been rebranded. In the Texas Business Unit, which is primarily comprised of former CST Brands sites, more than 550 stores now sport the new Circle K brand, with about 70 sites remaining. In addition, less than 30 sites remain to be rebranded in the West Coast Business Unit, and efforts are two-thirds completed in the Grand Canyon Business Unit (formerly known as the Arizona Business Unit).

In Canada, Couche-Tard has rebranded nearly 560 locations from Mac's to Circle K in central Canada, with an additional 245 sites out of 300 rebranded in western Canada.

Along with rolling out the new global Circle K brand, Couche-Tard also introduced the Top Tier Circle K fuel brand to its forecourts beginning in spring 2018. According to Hannasch, the fuel brand reached a milestone in the latest quarter: its 2,000th U.S. location.

"We are pleased with both volume and margin results with this effort," he reported.

The rebranding efforts combined with Couche-Tard's ongoing network initiatives appear to be paying off for the company.

In the U.S., the retailer saw a 2.5-percent increase in Q1 2020 same-store merchandise revenues compared to the same quarter last year, with good performance across most of its business units (it has 15 in the country).

"Across the network, we continue to see positive benefits driven by improvements in major offerings, as well as our fuel and digital initiatives to drive traffic to our locations," Hannasch stated.

In Canada, same-store road transportation volumes increased 0.4 percent, another sequential improvement in this part of the company's geography, the CEO noted.

In Europe, same-store road transportation volumes were down 1.6 percent, with weather once again playing a role, especially in Scandinavia.

As of July 21, Couche-Tard's network comprised 9,792 convenience stores throughout North America. Its North American network consists of 19 business units, including 15 in the U.S. covering 48 states and four in Canada covering all 10 provinces. In addition, through CrossAmerica Partners LP, Couche-Tard supplies road transportation fuel under various brands to more than 1,300 locations in the United States.