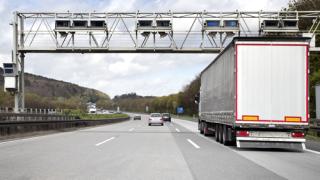 "It has been a long road to get to this point," said Rhode Island Trucking Association (ATA) President Chris Maxwell. "But this is a tremendous day for our industry — not just here in Rhode Island, but across the country. Had we not prevailed, these tolls would have spread across the country and this ruling sends a strong signal to other states that trucking is not to be targeted as a piggy bank."

The companies alleged RhodeWorks discriminated against out-of-state economic interests in order to favor in-state interests, and by designing the tolls in a way that does not fairly approximate motorists' use of the roads.

However, in March 2019, a federal judge dismissed the lawsuit, ruling that the court lacks jurisdiction and the case should be brought in the state court system, as Convenience Store News previously reported.

In December 2019, the First Circuit ruled that despite the Rhode Island's assertion, the lawsuit was not barred by the federal Tax Injunction Act, which generally prohibits federal courts from hearing challenges to state taxes.

In the latest decision, the court held that the RhodeWorks tolls are not a "tax," and was not immune from challenge in federal court," ATA said.

"This is a strong ruling that provides our industry a significant win on a critical issue," said ATA General Counsel Rich Pianka. "This ruling vindicates ATA's contention that the Constitution prohibits states from tolling schemes targeted at the trucking industry, at the expense of interstate commerce."

ATA President and CEO Chris Spear added: "We told Rhode Island's leaders from the start that their crazy scheme was not only discriminatory, but illegal. We're pleased the court agreed. To any state looking to target our industry, you better bring your A-game … because we're not rolling over."