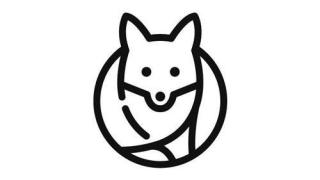 CHICAGO — Foxtrot Market, which blends digital and in-store shopping into one experience, is gearing up for major expansion.

Earlier this year, the operator of 13 convenience stores in Chicago, Dallas and Washington, D.C., announced it would double its store count by the end of 2021. Now, Foxtrot is looking to add a total of 50 locations over the next two years, Forbesreported.

"[Foxtrot is] what the future of convenience looks like. We were initially online only, and when we opened the West Loop [Chicago] shop in 2015, we became more than a delivery app," said Foxtrot founder and CEO Mike LaVitola. "We moved towards figuring out what consumers want in their neighborhoods and what they want in convenience. Currently, half of our transactions occur online and half occur in store. And it's the same people who shop across both. There is no divide between the online and retail customer."

As part of the latest expansion plans, the new stores will be located in New York; Austin and Houston, Texas; Boston; Miami; and Los Angeles.

Most recently, Foxtrot made its East Coast debut with two Washington, D.C., c-stores. The Chicago-based operator opened doors to its Georgetown store, located at 1267 Wisconsin Ave. NW, and a site in Mount Vernon Triangle at 650 Massachusetts Ave. NW, as Convenience Store Newspreviously reported.

In addition to store count expansion, the footprint of Foxtrot stores will increase. When Foxtrot launched, the emphasis was on delivery, with early stores occupying less than 2,000 square feet. According to LaVitola, by watching customers' shopping habits, he recognized an opportunity to turn Foxtrot into a shopping destination, reported Forbes.

"We never expected to be running a bustling coffee shop in the morning, a lunch destination, and a wine bar at night. That's how our customers were using the space, but we weren't set up for it," the Foxtrot executive said. "Now that we have had a couple of years to see how we fit in with our customers' daily rhythms, we want to design our store spaces around it. It means more square footage."

According to NACS, the average convenience store is around 2,400 square feet.

Foxtrot is known for its eclectic merchandising mix and an emphasis on local, up and coming brands. Earlier this year, the company concluded its inaugural Up and Comers Small Makers Awards in search of the next great brands. Northern Virginia-based Surprisingly Baked, unapologetically indulgent cookies with a "surprise" inside, was voted as the D.C.-area fan favorite, earning $8,000 in marketing support and placement in Foxtrot's D.C. stores upon opening.

In 2020, Foxtrot also launched a line of private label offerings. LaVitola told Forbes that in 2021, 34 percent of sales are private label, up from 15 percent in 2020.

To further expand its private label business, the company added Mitch Madoff as senior vice president of private label and supply chain and Tae Strain as corporate executive chef to its leadership team. In their new roles, they will chart the next chapter of the retailer's private label business across its café, prepared foods, shelf-stable items, and gifting offerings.

LaVitola said the new Foxtrot locations will continue to carry a mix of independent brands and legacy brands alongside of private label.

"Our vision is not to be Trader Joe's. The lifeblood of our company is telling our brands stories," he commented.

Chicago-based Foxtrot was founded in 2014.