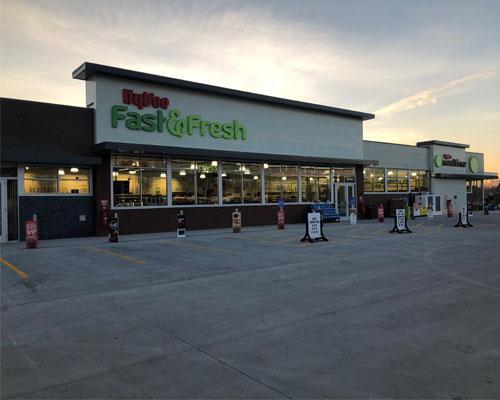 "We are constantly reviewing all the stores that we have in all markets, and there are some throughout the course of years that just no longer fit our model, our expectations," QuikTrip spokesperson Mike Thornbrugh said.

QuikTrip will continue to operate 18 stores in the metro area.

The Tulsa, Okla.-based retailer previously closed a location at 2221 E. Euclid Ave. last April after opening another store nearby.

Making its debut in Davenport, Iowa, in December 2018, Hy-Vee Fast & Fresh is similar to a c-store in that it has fuel pumps and grab-and-go items, but it is unique because it also functions as a smaller-scale grocery store, as Convenience Store News previously reported.

The grocer also operates 14 metro-area Hy-Vee Gas stores that will be rebranded to the Fast & Fresh Express banner as part of a remodel and department update initiative.

The QuikTrip locations converted to Fresh & Fresh Express will be open daily from 5 a.m. to 11 p.m. Hy-Vee plans to open the stores on March 20.

Competition among gas station and convenience stores in central Iowa is intense, according to Jeff Lenard, vice president of strategic industry initiatives for NACS.

"I think Des Moines is arguably the most competitive spot in the country for convenience stores," he said.

Tulsa-based QuikTrip told the Des Moines Register in 2012 that it planned to continue growing in central Iowa. Today, its growth strategy is no different.

"Des Moines has been very good to QuikTrip for many, many years. We're going to stay there and battle it out. There's a lot of good competition out there," Thornbrugh told the news outlet.