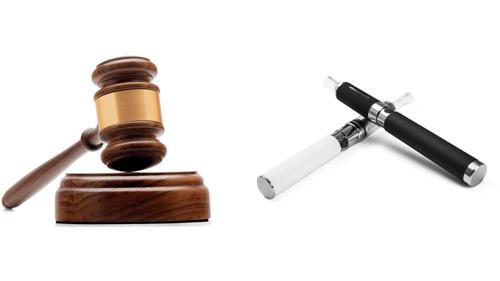 GREENBELT, Md. — The countdown is on for electronic cigarettes and vapor companies to file marketing applications with the Food and Drug Administration (FDA).

On July 12, District Judge Paul Grimm of the U.S. District Court for the District of Maryland set a May 12, 2020 deadline for companies to submit premarket tobacco applications (PMTA) to the agency. The FDA must approve PMTA bids for e-cigarette and vapor products to stay on the market.

"Given the uncertainty in the efficacy of e-cigarettes as smoking cessation devices, the overstated effects that a shorter deadline may have on manufacturers, the industry's recalcitrance, the continued availability of e-cigarettes and their acknowledged appeal to youth, and the clear public health emergency, I find that a deadline is necessary," Grimm wrote in his order.

The order also imposes the May 2020 deadline on cigar manufacturers to submit their applications to the FDA.

Grimm's decision came in a response to a lawsuit filed by seven public health and medical groups, and several individual pediatricians challenging the FDA's deadlines.

The FDA spelled out application deadlines in its 2016 deeming rule — which established its authority to regulate electronic cigarettes and other tobacco products including cigars. However, in July 2017 the agency pushed back the deadline from non-combustible products such as electronic nicotine delivery systems to Aug. 8, 2022.

The lawsuit was then filed in March 2018, as Convenience Store News previously reported.

On May 15, Grimm ordered the FDA to move up its review of the products, stating it sidestepped its authority when it pushed back deadlines set by its deeming rule. In a court filing on June 12, the agency proposed a 10-month deadline for the PMTAs followed by a one-year period for FDA review.

In a joint statement, the Campaign for Tobacco-Free Kids, American Academy of Pediatrics, American Cancer Society Cancer Action Network, American Heart Association, American Lung Association and Truth Initiative said it was critical that FDA use this legally required review process to remove from the market products that appeal to underage users.

"While our organizations had urged an even shorter application deadline of 120 days from the judge’s order, the new deadline is a dramatic improvement of more than two years from the current deadline of August 2022 set by the FDA," they said. "It is also an improvement that the judge set a one-year deadline for the FDA to consider product applications, compared to current FDA policy of allowing products to stay on the market indefinitely during review."

The ruling was met with mixed reactions for vapor companies.

According to Bloomberg, San Francisco-based Juul Labs Inc. said it was supportive of the application process and had been preparing research on its products and how they're used by smokers. "We're confident in the content and quality of the materials we will submit with our application," said spokeswoman Lindsay Andrews.

However, Fontem US Inc. voiced concern about the pushed-up deadline. Charlotte, N.C.-based Fontem is the marketer of blu electronic cigarettes.

"We are disappointed with the court's decision imposing an accelerated timeline on the premarket review process. This will undoubtedly hamper the ability of manufacturers to conduct the scientific research needed to ensure that potentially less harmful products are available to adult smokers seeking to make the switch from combustible tobacco products," the company said in a release.

"Fontem has worked in good faith with the FDA as it seeks to establish an appropriate and effective regulatory framework. We share the priority of keeping tobacco products out of the hands of minors and have taken several proactive steps aimed specifically at youth access prevention," the company added. "The FDA's initial decision to delay the PMTA process was intended, in its own words, to allow for 'a multi-year roadmap to better protect kids and significantly reduce tobacco-related disease.'"

Fontem added that as recently as June 11, the FDA acknowledged the importance of retaining an achievable timetable even as the court's initial ruling required the agency to move the goalposts for manufacturers.

"While we continue to believe that the originally outlined process was the most reasonable approach, Fontem is committed to complying with all applicable laws and regulations wherever our products are sold and will continue to work cooperatively with the FDA," the company concluded.