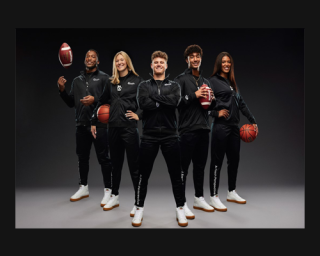 DES MOINES, Iowa — Kum & Go LC is introducing Team Kum & Go, a partnership with collegiate athletes that will showcase their talents, as well as opportunities to give back to local communities, over the next year.

The concept of Team Kum & Go started with a tweet from Jordan Kumm, a wide receiver from the University of Iowa, announcing his transfer to the school — which resulted in name, image, likeness (NIL) deals for five athletes from two of Iowa's top universities.

As part of the Team Kum & Go partnership, guests will have access to exclusive promotions at Kum & Go convenience stores across Iowa and in-person appearances by the athletes throughout the season. They will also have the chance to volunteer alongside Team Kum & Go as they give back within their communities.

"What made these athletes stand out from the rest? Their Midwest roots, shared values, commitment to their communities, a love for Kum & Go and the pursuit of excellence, both on and off the field," the convenience retailer stated on its company website. "Kum & Go looks forward to partnering with these collegiate athletes over the next year to showcase their talents, partner together to give back to their communities and have fun along the way."

Team Kum & Go is the second collegiate partnership for the convenience store retailer in its home state of Iowa. Kum & Go recently teamed up with the Doughboyz, the University of Iowa Hawkeye football team's secondary defense who "get to the money," to launch an exclusive T-shirt line.

The shirts will be available through the first part of the 2022-2023 season. All proceeds will go directly to the Doughboyz.