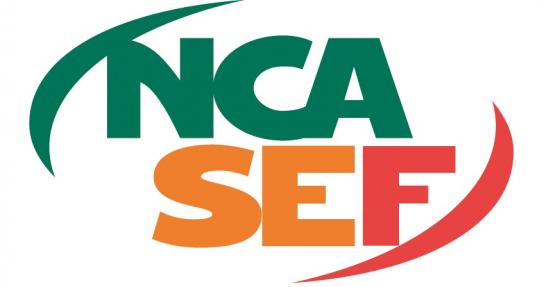 Several groups question the long-term effect the ongoing conflict will have on the 7-Eleven brand.

SAN ANTONIO — The board of directors of the National Coalition of Associations of 7-Eleven Franchisees (NCASEF) may have taken a vote of no confidence in its parent company, 7-Eleven Inc. (SEI), but not all local franchisee associations are ready to take such a stance.

In a letter to NCASEF's chairman and executive offers, roughly a dozen Franchise Owners Associations (FOAs) raised concerns about the actions at recent NCASEF meeting where the coalition took the no confidence vote and made a move to skip 7-Eleven Inc.'s annual meeting, the 2019 7-Eleven Experience (SEE).

"Several FOAs who were unable to attend the most recent coalition/affiliate meeting in City of Industry [Calif.] due to scheduling conflicts, along with a few who were in the room, have expressed concerns regarding two items that were discussed during this meeting," the letter stated.

"These include the conversations related to the coalitions' stance on FOA's attendance at the SEE in February, and the letter of 'no confidence' regarding the president and CEO of SEI to be sent to the board of SEJ [Seven-Eleven Japan Inc.]," the FOA said. "We would like to fully understand the executive teams stance on these items and express our concerns about the direction these actions may take the coalition in the future if acted upon."

In the letter, the FOAs also stated that "if the intent is to act on both of these items, by not attending the SEE and sending the letter to SEI, we wholeheartedly reject this and would ask that you reconsider."

According to the letter, NCASEF has been cut off from conversations with 7-Eleven and franchisees feel they have no recourse to have the coalition step in on their behalf with its parent company.

"We are forced to handle these issues locally utilizing the contacts we have retained. We need to get back to the table and start worrying about eroding customer counts and franchisee income and goodwill," the associations wrote. "We are also extremely concerned about the long-term effect of recent actions on the brand."

As Convenience Store News previously reported, conflict has been brewing between NCASEF and 7-Eleven Inc. for some time. As recently as August, the coalition asked Irving, Texas-based 7-Eleven Inc. to revise its 2019 Franchise Agreement, which approximately 19 percent of franchisees must sign by March 2019 and the majority within the next five years.

According to NCASEF, its objections to the agreement include a net reduction in franchisee income, an increase to store-level operating costs and a requirement that stores stay open on Christmas Day.

The request came after the two sides traded legal moves. In October 2017, the association filed a lawsuit against the parent company, claiming it has not fulfilled its promise of treating the franchises as independent contractors and business owners. The suit, filed in U.S. District Court for the Central District of California, challenged certain provisions of the 7-Eleven Franchise Agreement, and sought monetary damages, attorney's fees and costs, and other relief for claims relating to unpaid overtime wages and unreimbursed expenses, as Convenience Store News reported.

One month after filing the lawsuit, the presidents of all FOAs voted unanimously to not attend the 2018 7-Eleven Experience. The parent company subsequently filed a countersuit the day the convention ended.

On March 14, 2018, a judge in U.S. District Court for Central California "dismissed with prejudice" NCASEF's lawsuit and ordered 7-Eleven franchisees and 7-Eleven Inc. to sit down and iron out their differences.

The two sides are required to reach an agreement over their claims and counterclaims.