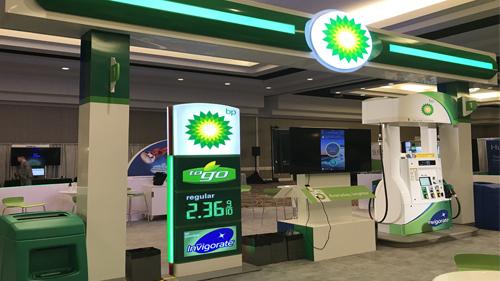 PHOENIX — The pace of change in the retail arena is faster than ever and it's easy for convenience store operators and fuel marketers to feel lost along the way. However, members of BPAMA do not have to make the journey alone.

The association of BP Amoco marketers — which counts roughly 160 members representing about 85 percent of the branded fuel volume east of the Rockies for BP plc — joined together for the 2018 BPAMA Convention & Business Expo at the Arizona Biltmore in Phoenix in late February. The event, which is held every other year, offered them a glimpse at the "New Frontiers" of fuel retailing.

The convention and expo gives marketers the opportunity to gain insights from education sessions, meet with members of BP's leadership team, and network with that team, vendors and other marketers, said BPAMA Executive Director Jack Allard.

"It really is about getting everyone together to hear those messages, both industry and from BP, as well as the networking," Allard told Convenience Store News.

The more than 600 attendees, including CSNews, got a front-row seat to many of BP's new initiatives and programs, and also gained access to more than 50 vendors showcasing an array of products and services.

Among the highlights on the expo floor were refreshed BP imaging and new Amoco imaging. BP reintroduced the Amoco brand to the market in late October and has since opened six Amoco-branded stations in the New York/New Jersey area, as CSNews previously reported. 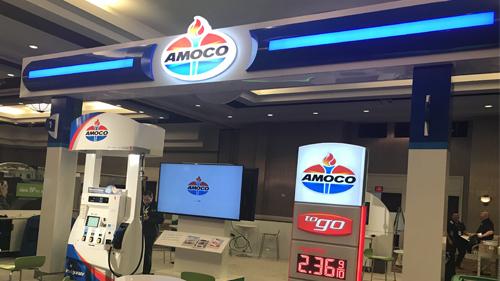 BP reintroduced the Amoco brand to the market in late October.

In addition to adding Amoco as a second brand, BP has invested more than $30 million over the past two years to refresh nearly 40 percent of all BP stations in the U.S. with a new, bolder and brighter image. The investment will continue through this year, according to the company.

BP also demonstrated its new BPme mobile app. The oil giant has been conducting a family-and-friends pilot at more than 200 sites in Chicago. Plans call for rolling the app out to 7,000 sites by the end of the year, starting this summer.

The BPme app includes a My Wallet feature where customers can not only check their BP Driver's Rewards balance, but also pay for their gas from their car. Through the app, customers select a pump number, confirm payment details, and tap to begin fueling. They can also view the receipt once the transaction is complete. After the transaction, the mobile app automatically updates discounts and the rewards balance.

At the convention, BP also unveiled a new consumer-focused approach to marketing, including a new ad campaign. The theme of the campaign is "Every day, brighter."

"BP is about much more than just getting gas, it is about delivering brighter moments," said Nicola Buck, vice president of marketing. "From a well-lit forecourt to a warm 'hello,' BP is committed to bringing brightness into our consumers' lives."

Marketers attending the conference got a glimpse at the new joint rewards program between BP and United Airlines, too. The program gives BP Driver's Rewards customers the ability to earn and use United Mileage Plus airline miles for gas purchases. The companies officially unveiled the program on March 7.

The overarching theme of the conference was "New Frontiers" and the event focused on three key areas: emerging technology, competing in today's world, and the changing consumer, explained Lynn Wallis, chairwoman of BPAMA and president of Wallis Cos., a BP marketer.

The thing with change, though, is that it is never easy. Luckily, Wallis said she does not see a lot of hesitancy among the association's members.

"In general, the marketers are open to change. I think sometimes it is a big investment, like EMV and in some of the loyalty initiatives," she said. "A conference likes this really speaks to the urgency because it's not just hearing from BP or your suppliers saying you need to do this, it's outside experts saying 'this is what's happening.'"

And not just what's happening in the world of convenience and fuel retailing, either.

"Comparing some of what we do to other retailers — not just in the fuels space — is good because whether it's a Starbucks or Walmart, you are competing with all those retailers for certain items," Wallis told CSNews.