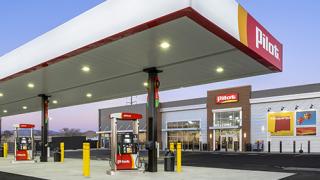 KNOXVILLE, Tenn. — In honor of National Truck Driver Appreciation Week Sept. 11-17, Pilot Co. is extending its annual celebration of the professional truck drivers who go above and beyond to keep America moving.

The travel center operator's Driver Appreciation festivities kicked off Sept. 1 and will last through Oct. 31 to further recognize and thank the drivers with two months of exclusive offers, extra rewards points and events for professional drivers.

"Professional drivers go further every day to deliver more than 70 percent of the goods this country depends on, and we want to show how much we appreciate all they do," said Pilot Co. CEO Shameek Konar. "Thank you to our very own Pilot drivers and all the professional drivers out there for trucking through even the toughest times. We are honored to serve you, and we're going even further this Driver Appreciation to celebrate your immense contributions."

To demonstrate its appreciation, Pilot Co. will have multiple special offers just for professional drivers, including:

During its Driver Appreciation event, Pilot is teaming up with Monster Energy for on-site celebrations at recently remodeled and new travel centers as part of its New Horizons initiative. Drivers and guests are invited to join the festivities, which include a BMX show, freebies from the Monster Energy girls, special guests, gas card giveaways, swag and more.

Professional drivers can redeem these promotions at more than 750 participating U.S. Pilot and Flying J Travel Centers or owned and operated One9 Fuel Network locations. Canadian professional drivers will automatically receive one bonus point throughout September when fueling with their myRewards card at participating Shell Flying J travel centers.

Drivers can locate the nearest participating travel center by checking the myRewards Plus app.