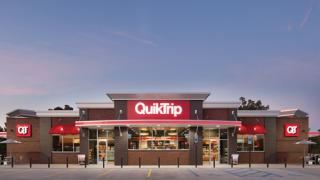 With the four-play, the convenience retailer grew its portfolio to 850 stores. Two QuikTrip locations opened in San Antonio, one in Austin, Texas, and one in Marana, Ariz., just outside of Tucson. Forty-eight more stores are under construction nationwide, company spokeswoman Aisha Jefferson-Smith told the Tulsa World.

It cut the ribbon the first QuikTrip c-store in San Antonio in October 2018.

Last month, QuikTrip put a call out for new associates for three stores in the San Antonio area, one each in Boerne, New Braunfels and Seguin.

Tulsa-based QuikTrip has 850 stores across 11 states.