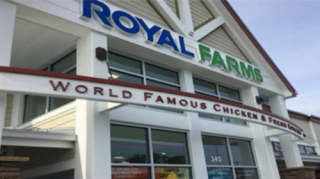 BALTIMORE — Royal Farms is offering its reward members a 25-cent discount who fuel up in New Jersey through Oct. 12.

After the initial discount expires next month, the retailer will roll out 10 cents off per gallon for all its RofoPay members, the same discount applied to RofoPay customers who fuel up in Maryland, Pennsylvania and Delaware..

The retailers Rofo Rewards and RofoPay are free to enroll in. Customers can upgrade to RofoPay by picking up a Rofo Rewards card at any store location and creating an account on the Royal Farms app or at roforewards.com.

With Royalty Points, customers get free products based on the number of points saved. There are four tiers ranging from 50 points to 400 points with each tier providing a different choice of free items ranging from coffee and fountain drinks, to breakfast sandwiches, chicken salad, as well as Royal Farms World-Famous Chicken, according to the company.

Wawa Inc. is also helping its customers save on fuel with the relaunch of its Mobile App Fuel Discount for Wawa Rewards members. Reward members can save 15 cents per gallon through Oct. 30.

Members who use the Wawa app on their mobile phones to activate a fuel pump and pay at any Wawa fuel store will receive the price break every time they fuel up.

"Wawa is pleased to announce the return of its fuel discount for mobile app users and encourages customers to sign up to save on fuel and earn rewards all year round," said Dena Pizzutti, senior manager of personalization for Wawa. "Since our last fuel rewards offer in May, we have doubled the number of users and are thrilled to be able to help even more customers save on fuel purchases with this offer."

Throughout 2022, the retailer has been offering its loyalty members fuel savings as consumers battled ongoing inflation and volatile gas prices.

Wawa introduced the program as a way to alleviate the pain at the pump in April. The original promotion was set to expire on May 12; however, the convenience retailer extended the fuel discount an additional month following its success, as Convenience Store News reported in May.

At the time, more than a quarter-million Wawa Rewards members had taken advantage of the discount, according to Wawa.