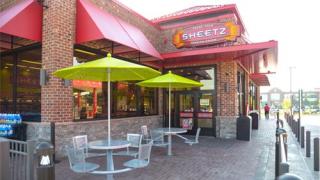 ALTOONA, Pa. — Sheetz Inc. plans to expand into western Ohio with the addition of 20 new convenience stores over the next five years. Its first location in that region is expected to open in Dayton in 2024.

The convenience store operator first entered Ohio with the opening of a store in the Columbus market one year ago. Located on Sunbury Road in Delaware, the location opened its doors on April 13, 2021, as Convenience Store News reported. At the time, Sheetz announced it planned to open approximately 50 stores in the Columbus area in central Ohio over the next five years.

The planned stores will bring Sheetz's food-focused offering to the area, allowing customers to select items from its signature Made-to-Order (MTO) menu and array of customized specialty drinks around the clock.

"We are thrilled to continue our growth in Ohio and bring the ultimate one-stop-shop to the residents of Dayton," said Travis Sheetz, president and CEO of Sheetz. "Built on the values my Uncle Bob instilled when he founded Sheetz in 1952, we look forward to being a great employer and neighbor that is actively involved in the Dayton community."

Earlier this month, Sheetz was named one of the 2022 Fortune 100 Best Companies for Work For, ranking 33rd on the list, which recognizes companies that have exceptional workplace cultures. This marked the eighth time in nine years Sheetz was named one of the 100 Best Companies to Work For in America. It was the only convenience store chain to make the list, and one of only seven retailers to appear.

"Sheetz encourages employees to express their individuality through their personal appearance, but that's not the only way this popular chain of convenience stores and coffee shops is attracting and retaining talent," according to the Fortune article. "After raising wages by $3 per hour in 2020, the company bumped up pay by another $2 in 2021. Sheetz also has partnerships with more than 20 colleges and universities, offering tuition discounts of as much as 25 percent."

The recognition followed Sheetz's recent investment of more than $70 million in store employee wages in 2021 as well as an investment doubling the tuition assistance offered to employees via the company's college tuition reimbursement program.

Established in 1952 in Altoona, Sheetz Inc. is a family-owned and operated convenience store chains with more than 23,000 employees. The company operates more than 640 store locations throughout Pennsylvania, West Virginia, Virginia, Maryland, Ohio and North Carolina. Sheetz provides a menu of MTO sandwiches and salads, which are ordered through unique touch-screen order point terminals. All Sheetz convenience stores are open 24 hours a day, 365 days a year.