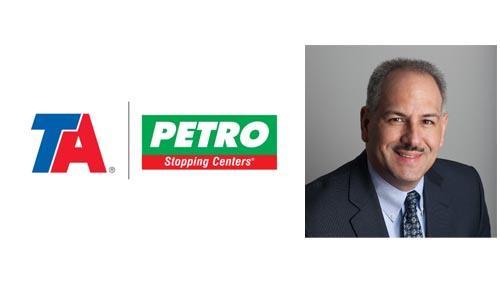 During the company's first-quarter earnings call on May 7, as it looked back on the first three months of the year, the travel center operator reported that it is making progress toward that goal.

"Our site expansion program is underway and we have been successful in attracting new franchisees and potential franchisees, as well as in identifying potential acquisition targets," CEO Andrew Rebholz said during the call.

To date, TA has signed franchise agreements for four TA Express sites, has three agreements under legal review, and "nearly a dozen sites about which we are engaged in detail discussions or negotiations," according to the chief executive.

The company also has roughly 50 additional sites in various phases of the franchising application and due diligence process.

Regarding its acquisition efforts, TA currently has letters of intent for five sites. Two are existing travel centers and three are development parcels for future TA Express locations.

"These potential acquisitions are not yet under contract and, when they are, they will continue to be subject to a number of conditions, which is a long way of saying one or more or all of them may not occur," Rebholz explained.

During Q1, TA also inked a lease agreement for a standalone truck services facility. The company expects to begin operating the site in June.

"This progress, and knowing what is in our pipeline, makes me confident that we can achieve our site expansion goal this year — primarily through franchising," Rebholz added.

Looking at the economics of the franchising program, Rebholz said the company's travel center sites average, in royalties and payments to TA, approximately $300,000 per site. For TA Express sites, the company is conservatively estimating revenues in the range of $175,000 to $200,000.

There are numerous site operators — in the 50-number range — who have expressed some interest in franchising with TA, according to Rebholz.

"The diligence is really a two-way thing. Would we like to have them as a part of our network? Will they service our customers the way our customers expect to be serviced at a TA or a Petro or a TA Express? And then also, do they like what they are seeing from us? Do they like the things we can do to help them improve their business?" he said.

"It's a two-way street. That 50 sites that we threw up, some we've just gotten the first phone call from and haven't really gone through the first screen. Some are closer to the end of the process, like the three under legal review," he continued. "I'm sure that 50 won't turn into 50 signed-up franchisee sites over a period of time. But I do expect that there is a good number of future franchised sites in that group."

It may not be until late next year for some of them to be operating under a TA Express, TA or Petro sign, he acknowledged.