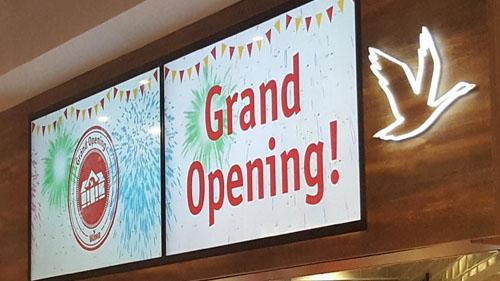 The latest convenience store opened in Delaware on May 24.

WAWA, Pa. — There is no stopping Wawa Inc. on the East Coast retail scene.

The convenience retailer opened its 800th store on Thursday, May 24. The milestone location is at 1702 Rocky Run Parkway in Wilmington, Del.

According to WPVI, the grand-opening celebration featured special giveaways for the first 100 customers, free food and drink samples, and a large 800-shaped cake.

In addition to growing its footprint, Wawa is growing its ranks. In March, the retailer kicked off a three-month hiring spree with the goal to hire 5,000 new associates for all its c-stores across its six-state operating area.

It is also growing the size of its brick-and-mortar locations. In December, Wawa opened its largest convenience store to date, at 9,200 square feet, in Washington, D.C. But it won't carry the title of largest Wawa for long. The retailer is planning to welcome customers to an 11,300-square-foot store in Philadelphia by the end of the year, as Convenience Store News previously reported.