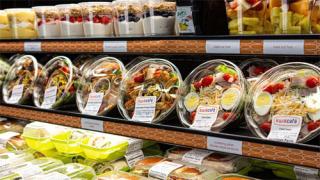 SPICEWOOD, Texas — This marks the first time that Kwik Chek Food Stores, operator of more than 45 convenience, grocery and quick food operations throughout Texas and Oklahoma, is being honored with a Foodservice Innovators Award.

In selecting the chain as Prepared Foods Innovator of the Year, judges cited Kwik Chek's focus on fresh, quality foods. Even before the onset of the COVID-19 pandemic, the retailer had the foresight to launch a program of craveable, innovative family meal deals that cost less than $20 and serve a family of four. Options include: