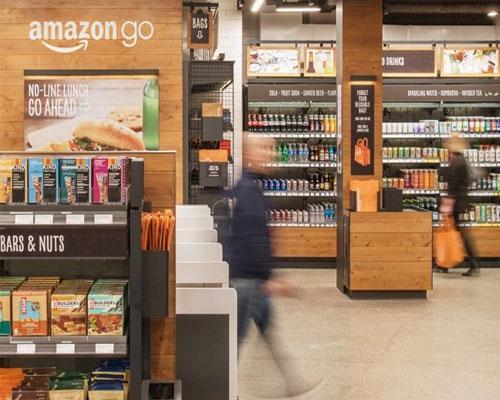 SEATTLE — Amazon Inc. is picking up the pace around Amazon Go's expansion, introducing its third overall location and its third in Seattle, home to the company’s headquarters.

The 2,100-square-foot convenience store is located on the corner of Boren Ave. and Thomas St., and is its largest yet, reported Tech Crunch.

The first iteration of the Amazon Go store was 1,800 square feet and opened its doors to the public in January. A second store, measuring 1,450 square feet, began doing business last week.

The newest store will have breakfast, lunch, dinner and snack options for sale, a stocked selection of foods, including bread, milk and locally made chocolates, as well as Amazon Meal Kits, a product the company launched in 2017 to go head-to-head with Blue Apron and other meal kit delivery services, according to Tech Crunch.

"We plan to open Amazon Go in New York," an Amazon spokesperson said, but did not say when.

Amazon Go, which has no cashiers and allows shoppers to buy things with the help of a smartphone app, is widely seen as a concept that can alter brick-and-mortar retail, according to Reuters.

Customers have to scan a smartphone app to enter the store. Once inside, cameras and sensors track what they pick up from the shelves and what they put back. Amazon then bills shoppers’ credit cards on file after they leave.

The Seattle-based e-commerce giant has also confirmed that Amazon Go will be making its Chicago debut with two new stores, and is looking to bring the checkout-free concept store to San Francisco and Los Angeles, as Convenience Store News previously reported.