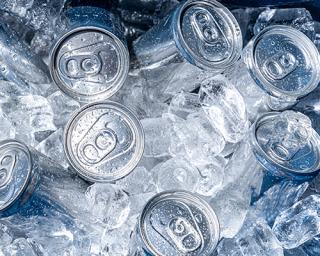 ENGLEWOOD CLIFFS, N.J. — Retailers and suppliers alike observed and adapted to significant changes in consumer behavior since the onset of the COVID-19 pandemic, particularly regarding the snacks and drinks they buy. Some of these new habits have persisted over the last two years and will likely remain even after the pandemic officially ends, according to participants in the CNBC Evolve Global Summit, held July 13.

Many candy buyers turned to premiumization, choosing from higher-quality tiers of chocolates or other sweets, according to Anton Vincent, president of Mars Wrigley North America. An even larger number of consumers opted to buy bigger packs of candy while they were spending more time at home.

As cases fell, Mars Wrigley saw candy sales at convenience stores return to normal levels but has observed continued strength in e-commerce and other sales channels, which he believes indicates a notable shift in customer viewpoint regarding small treats such as candy bars.

"I think people really got back in touch with treating themselves... in very small inexpensive ways," he told CNBC.

"All of a sudden when you couldn't go out to your favorite restaurant or the holidays were out of balance, spending a little bit more on that bottle of whiskey or tequila became a bigger treat," said Jessica Spence, brands president of Beam Suntory.

Online alcohol sales previously lagged in the United States but have undergone a boom in recent times. More than half (54 percent) of current online buyers of alcohol in the U.S. report that they made their first purchase during the pandemic, reported spirits industry market analysis firm IWSR.

Premixed and ready-to-drink cocktails may be the biggest beneficiaries of consumers' changing alcohol purchase habits.

Ready-to-drink cocktails came in second place for volume consumption in 2021, only behind vodka. Multiple spirits companies invested in this segment based on expectations for its future growth, including Diageo and Anheuser-Busch, which acquired Cutwater Spirits, maker of canned margaritas, Long Island iced tea and more.

"That's something that's going to continue and the innovation in that space is going to continue to grow," Spence said. Beam Suntory offers multiple ready-to-drink options, including On The Rocks cocktails, which use several of the company's spirits brands, including Effen vodka and Hornitos tequila. "It's a tough category already but I think there's still space to push it more into the premium."

Earlier this year, DoorDash predicted that ready-to-drink cocktails would be among the biggest beverage trends for the year. This came after consumers became accustomed to many restaurants and retailers offering cocktails to-go. Convenience and recyclability are two major factors behind the boom, as canned drinks are portable, less fragile than glass containers and more recyclable.