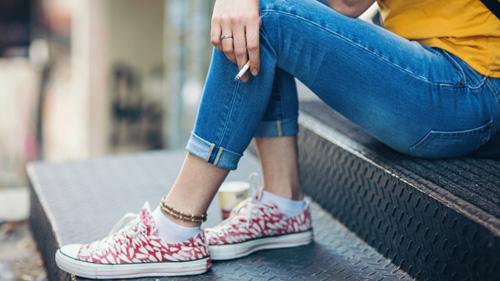 SILVER SPRING, Md. — The Food and Drug Administration (FDA) is zeroing in on retailers as the agency works toward ending underage tobacco use.

On March 4, the agency sent a letter to the corporate management of Walgreen Co. to request a meeting to discuss whether there is a corporate-wide issue related to their stores' track record of violating the law by illegally selling tobacco products to underage consumers, FDA Commissioner Scott Gottlieb said.

According to the agency, Walgreens is currently the top violator among pharmacies that sell tobacco products, with 22 percent of its 6,350 stores inspected having illegally sold tobacco products to minors.

"Both the rate of violations and sheer volume of violative inspections of Walgreens stores are disturbing, particularly since the company positions itself as a health-and-wellness-minded business," Gottlieb said. "This cannot possibly come as a surprise to corporate leadership, which is why I want to sit down with them to discuss the important role they play, as a nationwide retailer, in curbing this epidemic."

In addition to Walgreens, the FDA identified 15 national retail chains, either corporate-owned or franchised, whose violation rates exceed 15 percent of their total inspected stores since the start of the agency's retailer compliance check inspection program in 2010:

"We plan to similarly hold them accountable. We will ask them to share with us what policies they have in place and what more they can commit to do to prevent youth tobacco sales," the commissioner said. "Companies should be on notice that the FDA is considering additional enforcement avenues to address high rates of violations."

While "retailers are on the front lines," according to Gottlieb, tobacco manufacturers are not escaping the agency's actions. The FDA also sent letters to more than 40 companies seeking information about more than 50 products — including a variety of flavored electronic cigarettes and vapor products — and if they are being illegally marketed and outside the agency's current compliance policy.

"Some of these companies may be attempting to capitalize on the troubling popularity of products like Juul among kids by illegally selling similar products and outside of the compliance policy. We also need to determine if any of these products may be counterfeit knockoffs," Gottlieb explained. "If tobacco products are being unlawfully marketed and sold outside the FDA's compliance policy, we'll take action. We simply cannot tolerate this behavior and will take additional action as needed."

Several companies also received warning letters for, among other things, selling electronic nicotine delivery system products and a waterpipe tobacco product with labeling and/or advertising that failed to include the required nicotine warning statement.

This past fall, the FDA marked a total of 1 million tobacco retailer inspections since the program began in 2010. The inspections have resulted in more than 81,570 warning letters to retailers for violating the law, as well as the issuance of more than 19,800 civil money penalties and about 145 no-tobacco-sale orders for repeated violations.

"We'll continue vigorous enforcement activities with a sustained campaign to monitor, penalize and help prevent e-cigarette sales to minors in retail locations, including manufacturers' Internet storefronts, as well as take additional steps to tackle other concerns related to the youth access and appeal of these products," Gottlieb said. "The FDA is also exploring additional enforcement avenues to target violative sales and marketing practices by manufacturers and retailers."