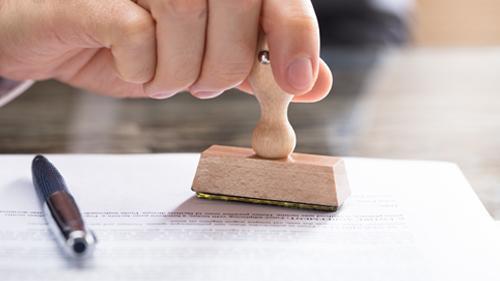 NATIONAL REPORT — Numerous acquisition deals were among the top headlines at the end of the year. In the latest Industry Roundup, we present the top 10 most-read stories for the month of December, based on reader views:

1) California Delays Start of Flavored Tobacco Ban
The sale of flavored tobacco products in California can continue, for now. The flavor ban — which includes menthol cigarettes — was set to go into effect on Jan. 1. However, state officials agreed to delay the new law's implementation after opponents to the ban petitioned to bring the issue of the voters.

2) Murphy USA Inks Agreement to Acquire QuickChek for $645 Million
Murphy USA Inc. will acquire QuickChek Corp. for $645 million in an all-cash transaction. The purchase price includes expected tax benefits valued at $20 million for a net after-tax purchase price of $625 million, the company reported. The deal is being financed with a combination of cash on hand, existing credit facilities and new debt.

3) Retailer Executive of the Year Darren Rebelez Sees Endless Possibilities
Convenience Store News' 2020 Retailer Executive of the Year Darren Rebelez, president and CEO of Casey's General Stores Inc., acknowledges much has changed in the convenience channel since he began his career in the industry. "If I think back 20-plus years ago, the competitive landscape looked very different," he said. "There wasn't as many large players, and now you have some really big players. Some of those competitors that have been around for a long time have gotten bigger."

5) Ottawa Oil Co. Sells Most of Its Assets to Jay Petroleum
Twenty-two Party Mart convenience stores are changing hands as part of a deal between Ottawa Oil Co. and Jay Petroleum Inc. Under a purchase agreement, Jay Petroleum acquired a majority of Ottawa Oil's assets, including fuel transportation, dealer sites, consignment sites and the 22 c-stores.

7) Casey's Foodservice Business Continues to Feel the Heat
Casey's General Stores Inc. rang up an increase of 5.1 percent in total inside sales for its latest reported quarter, compared to the same time period a year ago, but its foodservice category is still struggling. Total prepared food and fountain sales at Casey's convenience stores were down 3 percent to $289 million during the second quarter of its 2021 fiscal year. Same-store sales in the category were down 3.6 percent.

8) 2021 Will Bring CEO Change to Kum & Go
Kyle J. Krause, chairman and CEO of Kum & Go LC, will be transitioning out of his role as CEO effective Jan. 1.He will remain in his role as CEO of its parent company, Krause Group. Kyle J. Krause will be succeeded by his son, Kum & Go President Tanner Krause.

9) Circle K Ramps Up Focus on Mobility
Circle K is working toward being a leader in mobility innovation through its proprietary fuel brand in North America and its electric vehicle (EV) charging efforts in Europe. Alimentation Couche-Tard Inc., parent company of Circle K, reported progress on both fronts during the second quarter of its 2021 fiscal year.

10) Stewart's Shops Wraps Up $45M in Investments in 2020
The end of the month brings Stewart's Shop's five-year store investment plan to an end, but the convenience retailer's building initiative will not slow down in 2021. In all, Stewart's Shops invested $45 million in 17 new or rebuilt stores in 2020, the last year of its $245-million, five-year program.