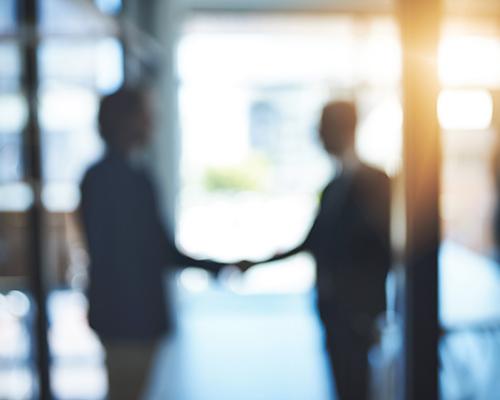 Within the convenience store industry, we are increasingly seeing more mergers and acquisitions (M&A), such as Marathon transitioning its Speedway retail network into its own independent company by year-end 2020, after acquiring a large share of NOCO Express stores. Most recently, we’ve seen headlines such as Seven & i Holdings (the parent company of the 7-Eleven chain) potentially acquiring Speedway from Marathon, and EG Group announcing its completed acquisition of Cumberland Farms, a chain of 567 convenience stores located in Florida and several northeastern states.

To put it simply, in the c-store space, the name of the game is “acquire to grow.”

As progressive c-store retailers increasingly look to acquire existing stores from competitors to expand their geographic and demographic reach, though, they must also account for overcoming key obstacles in order to achieve full success.

As NACS Vice Chairman of Research Andy Jones best put it: “With expanded competition for the convenience customer and an active M&A environment, retailers increasingly need to up the ante on delivering a quick and exciting shopping experience by investing in their core offer of convenience.”

However, while expansion is often seen as positive news to board members, it can spell out major pain points for those tasked with facilitating it, if the proper tools are not in place. According to Jones, “with one in seven stores getting remodeled every year at a cost of $400,000, that can put pressure on some stores whether to modernize operations or exit the business.”

Let’s take a look at the current obstacles c-store retailers must overcome in order to achieve growth.

For the full benefits of acquisition to be realized, c-stores need to be quickly and efficiently integrated into the existing store IT framework, with the same applications and systems. This is proving to be a major barrier to acquisitive c-store retailers, and the post-merger integration headaches are discouraging some from moving as aggressively as they would wish.

For example, many stores’ existing in-store infrastructure consists of a complex range of disparate servers and software, and the job of replicating that in the new stores is nigh impossible. Adapting the current hardware and software of each new store to align with the rest of the business, without disrupting the day-to-day operations, is essential to mitigate lost revenue.

One of the biggest barriers to growth is the traditional “device-based” store IT strategy, which can be summed up as: “You need to deliver a new application, then install a new device at each store.” This widely accepted logic has been the bedrock of store IT for decades. As a result, it has led to a proliferation of in-store IT hardware and software, escalating IT costs, and a nightmare for maintenance and upgrades.

According to a recent survey we conducted of c-store directors and IT managers from U.S. convenience store chains with a physical footprint of 20 locations up to more than 500 locations and average revenue between $10 million and more than $999 million, 96 percent agreed that if it was easier to implement new applications and services, they would do it more often. The survey also identified that 37 percent of c-store retailers are hindered by their budgets from the ability to implement new features.

A modern approach that negates this issue is the virtualization of all in-store devices — otherwise known as a software defined store architecture. It involves implementing automated, virtualized IT in-store. Once that initial step is taken, new needs are met by simply deploying new applications on those servers.

If a c-store retailer has a software defined architecture in at least some of its existing store network, then a golden image of that solution can be created centrally and deployed within stores nationally or globally with minimal onsite intervention across the new stores the retailer is acquiring. As such, post-merger integration lag and cost is effectively minimized, and IT once again becomes a business strategy enabler.

Expressed in a different way, the immediate cost of a device-driven approach is calculated at the device cost, plus install cost. Each new application will require a new device, and a new install. So, five applications cost roughly five times the cost of one.

For the software defined store, applications simply require the centrally automated implementation of new software onto the virtualized software, leading to significant cost savings from this approach that grow incrementally with each new application requirement.

As c-store retailers look to continue growing in the coming years, they not only face increased pressure to create new levels of convenience for consumers, but also find a way in which both existing and new stores can have a standardized technology footprint.

The caveat here is that c-store retailers can’t do it alone. They need the right technology to remove IT barriers during mergers or acquisitions, and only then can they realize value for future growth.

Nick East is cofounder and CEO of Zynstra, an NCR company that provides purpose-built retail edge software. His in-depth work with major retailers gives him deep insight into the challenges retailers face and how new, innovative in-store technology can transform customer experiences and cost efficiency.