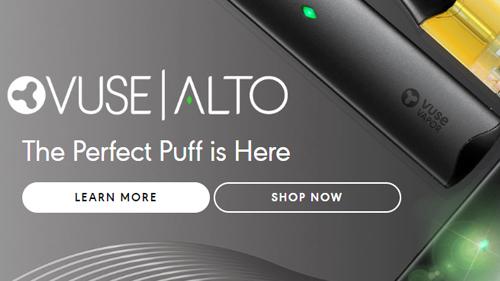 In addition to its existing age verification system, Reynolds now limits online sales to a maximum of $80 a week per customer and three devices per quarter, according to CNBC.com.

The limit cracks down on customers buying in mass quantities and selling them to underage users.

In addition, Reynolds launched a national TV ad campaign in early March in a move to position itself as a leader in the fight against underage electronic cigarette use. Appearing on cable networks including CNN, The History Channel and AMC, the campaign highlights Vuse Alto and features the tagline "the perfect puff," according to the news report.

The ads will appear during shows with at least 85 percent of viewers who are at least 18 years old, she said, and Reynolds requires models in its advertising to be at least 25 years and old and to be styled to look older.

"As a company, since we began marketing Vuse in the very beginning, we have been committed to preventing youth use of our vapor products," Christy Canary-Garner, Vuse vice president of consumer marketing, told the news outlet.

The company will also help train more retail employees to check identification through the We Card program, Canary-Garner added.

Based in Winston-Salem, Reynolds American is an indirect, wholly owned subsidiary of British American Tobacco plc.

Reynolds is latest tobacco company to tighten the reins on the sale of its e-cigarette and vapor products as the industry waits for the Food and Drug Administration to set federal regulations.

In October, Altria Group Inc.'s subsidiary Nu Mark LLC removed MarkTen Elite and Apex by MarkTen pod-based products from the market until these products receive a market order from the FDA or the youth issue was otherwise addressed, as Convenience Store News previously reported.

In addition, with its remaining MarkTen and Green Smoke cigalike products, Nu Mark said it would only tobacco, menthol and mint varieties.

Six weeks later, Altria announced it was discontinuing the production and distribution of all MarkTen and Green Smoke vapor products, and VERVE oral nicotine containing products.

In mid-November, Juul Labs Inc. pulled its flavored Juul pods in more than 90,000 retail locations, moving sales of the products online. In addition, the vapor company implemented a stricter online age verification process and set a limit on online orders.