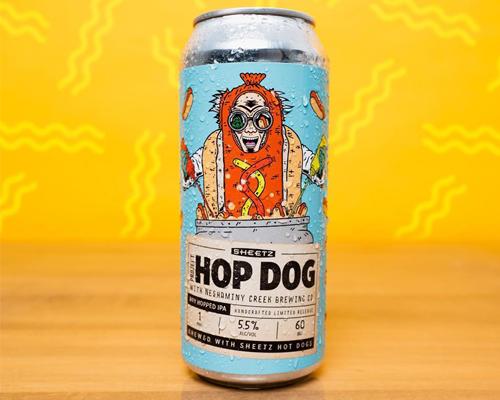 The Altoona-based convenience retailer teamed up with the Neshaminy Creek Brewing Co. on its latest alcoholic brew: Project Hop Dog.

"A hot dog inspired beer, it's a crisp West Coast Style IPA, dry hopped with Nugget and Centennial hops, with a ceremonial addition of Sheetz Hot Dogz in the brew kettle just for fun! It is refreshing and dry, with delicate hop flavors of citrus and pine," the Croydon-based brewery posted on social media.

Approximately 100 Sheetz convenience stores across Pennsylvania are selling the latest brew. The 16-ounce, four packs are selling for $7.99 and are limited to three per customer.

In August, the retailer released its second limited-edition beer, Project Brewberry Muffinz, a blueberry craft beer. The craft beer, which was brewed in partnership with Evil Genius Beer Co., was available at 99 c-stores in Pennsylvania.