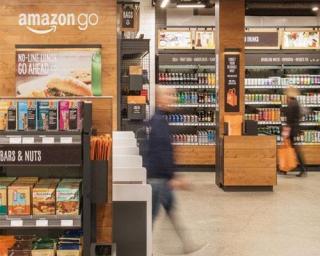 SEATTLE — In its quest to out-convenience convenience stores, Amazon Go may even out-earn them, with the potential to be a new multi-billion dollar business for e-commerce retail giant Amazon Inc.

RBC analysts used their own purchases at Amazon Go locations as data points to estimate that the typical order size is around $10. They also counted the number of visitors to an Amazon Go — an average of 550 a day — which would mean the average Amazon Go store generates an estimated $1.5 million in revenue a year excluding days when current locations are closed.

According to a September Bloomberg report, Amazon plans to open as many as 3,000 Amazon Go stores by 2021, meaning the concept could generate in the ballpark of $4.5 billion in sales a year if the company follows that aggressive store rollout plan and if new-store sales are similar to current RBC estimates, according to Recode.

RBC, a global investment bank, also estimates a regular c-store of the same size as Amazon Go would bring in more than $1 million a year in sales based on data from NACS, the Association for Convenience & Fuel Retailing.

Amazon opened the first Amazon Go a year ago in its hometown of Seattle. Since then, eight more locations have opened in Seattle, San Francisco and Chicago. The concept uses "Just Walk Out Technology," relying on cameras and sensors to track what shoppers remove from shelves and what they put back. Customers are billed after leaving the store using credit cards on file.

The e-commerce retailer has yet to settle on a uniform format for its Amazon Go locations. Some feature prepared foods like sandwiches and salads that make them more competitive with eateries like Pret A Manger. In 2016 Pret A Manger saw $1.1 billion in revenue from 444 stores, which equates to about $2.5 million in sales per store, or $1 million more per store on average than the Amazon Go estimated numbers, Recode reported.

Even though Amazon Go has the potential to a multi-billion dollar business, the road there is an expensive one, seeing as the concept needs more initial investment than normal c-stores. Morgan Stanley estimates that Amazon would need to spend as much as $3 billion to roll out its projected 3,000 Amazon Go stores.