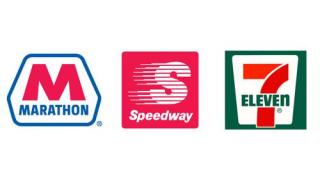 NATIONAL REPORT — Merger and acquisition news topped occupied multiple top headlines in May, along with extra 7-Eleven news and good signs for the c-store industry this summer. In the latest Industry Roundup, we present the top 10 most-read stories for the month of May, based on reader views:

1)Circle K Launches 'Sip & Save' Subscription Program
U.S. customers can enjoy one daily Polar Pop fountain drink, Froster slushy, coffee or tea of their choice for $5.99 a month. The program was originally slated to roll out in 2019 but was delayed due to the COVID-19 pandemic.

3)FTC Commissioner Calls Closing of Speedway Sale 'An Illegal Transaction'
The year's largest acquisition to date closed on May 14, but it may be not have had the blessing of the Federal Trade Commission (FTC). In a statement hours after the closing, two commissioners said MPC and 7-Eleven's parent company, Seven & i Holdings Co. Ltd., went forward with the $21-billion deal for Speedway LLC during the FTC's ongoing investigation.

4)7-Eleven Inks Deals to Sell 293 Stores to Three Buyers
Less than one week after 7-Eleven Inc. closed on its acquisition of Speedway LLC from Marathon Petroleum Corp. (MPC), the operator is selling off 293 stores as part of a settlement with the Federal Trade Commission. The buyers are Anabi Oil, Jacksons Food Stores and CrossAmerica.

5)Casey's General Stores Completes Buchanan Energy Deal
Casey's General Stores Inc. put its most significant transaction in the company's history in the books. On May 14, the convenience retailer closed on its acquisition of Buchanan Energy, owner of Bucky's Convenience Stores. The deal, which the company announced in November, deepens Casey's presence in the Midwest — notably in Nebraska and Illinois — and boosts its total owned and operated convenience stores to more than 2,300 locations.

6)Activist Investor Takes Stake in 7-Eleven Parent, Suggests Restructuring
Seven & i Holdings' latest investor could lead to changes at the parent company of 7-Eleven. San Francisco-based ValueAct Capital took a 4.4-percent stake in Tokyo-based Seven & i. ValueAct, a hedge fund, is known as an activist investor, and according to news reports, believes the sum of Seven & i's parts is worth more than its current market value.

7)Franchisees Ask 7-Eleven to Reconsider 24-Hour Mandate
Faced with a crippling shortage of labor, higher operating costs, lower gross margin and lower net profit, 7-Eleven franchisees asked their franchisor to reconsider its mandate that stores resume 24/7 operations beginning May 24. The National Coalition of Associations of 7-Eleven Franchisees (NCASEF), the umbrella organization for 41 local franchise owner associations, is calling on 7-Eleven to recalibrate the terms of their current Franchise Agreement to better support their owner/operators.

8)Bill to Ban All Flavored Tobacco Product Sales in Maine Moves Forward
Maine Legislature's Committee on Health and Human Services introduced a bill during a May 7 virtual hearing that would ban the sale of all flavored tobacco products, including menthol cigarettes, flavored cigars and dips, and electronic cigarettes.

9)Core-Mark to Be Acquired by Performance Food Group Co.
The Performance Food Group Co. (PFG) is expanding its geographic reach with the acquisition of Core-Mark Holding Co. Inc. The transaction will unite Core-Mark and Eby-Brown under PFG's Vistar segment. The expanded convenience store business will operate under the Core-Mark brand and will be headquartered in Westlake, Texas, with Eby-Brown maintaining ongoing operations in Naperville, Ill.

10)2021 Memorial Day Weekend Travel Projected to Be 60% Higher Than Last Year
More than 37 million Americans expected to travel 50 miles from home during the Memorial Day holiday weekend (May 27-31). This is a 60-percent increase from 2020, when just 23 million traveled, the lowest number on record since AAA began keeping track in 2000, the association reported.