Integration of Marathon Petroleum & Andeavor Ahead of Target

Integration of Marathon Petroleum & Andeavor Ahead of Target 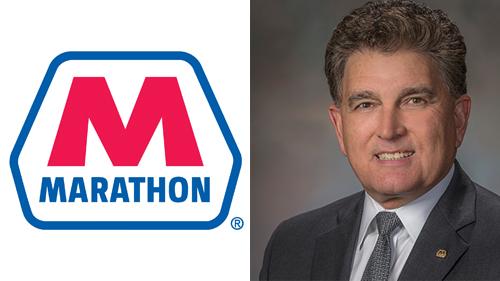 "We have made notable progress integrating the two companies over the past seven months. Multiple senior executives and leaders have moved to our Findlay headquarters," MPC Executive Vice Chairman Greg Goff said during the company's first-quarter 2019 earnings calls on May 8.

In addition, MPC — parent company of the Speedway convenience store chain — launched a complete redesign of its corporate website in April. Much of the back-office work that prompted the relaunch, according to Goff, was driven by its aligned-direction work.

"The focus of this work was on cultural integration and developing the framework for the company's vision, strategy and core values," he explained.

MPC also kicked off an initiative to begin integrating the companies' technology platforms. This will allow MPC "to improve efficiencies and deploy a world-class ERP [enterprise resource planning] system," he said.

"Related to our commercial and competitive strategy, we are also very pleased with the continued success we have had with growing our integrated business into new key markets," Goff added.

One of those new markets is western Mexico, where the company is currently supplying 192 sites, of which 142 are ARCO branded. MPC now has the ARCO brand in four Mexican states. Recently, the company opened its first ARCO site in Ciudad Juárez. Andeavor began operating the ARCO brand in Mexico in 2017, as Convenience Store News previously reported.

This move, according to Goff, supports MPC's Midwest product placement strategy. "This builds upon prior investments, including Speedway's acquisition of 78 Express Mart locations in western New York," he said.

On Oct. 1, MPC and Andeavor closed on the $23.3-billion merger agreement they initially announced in April 2018. Under the terms of the transaction, Findlay-based MPC acquired all the outstanding shares of San Antonio-based Andeavor, as CSNews previously reported.

"We are pleased with the significant progress we have made integrating our assets and operations," said Don Templin, president of refining, marketing and supply. "One example is the continuing success we have had delivering synergies."

In the first quarter of 2019, MPC realized $133 million of synergies, including:

"We continue to have confidence in our ability to deliver on the significant opportunities that are available to us, as most of these realized synergies are recurring or run-rate synergies," Templin explained.

MPC Chairman and CEO Gary Heminger detailed that the $133 million in synergies in the first quarter of 2019 is incremental to the first three months of operations — during which MPC realized approximately $165 million of synergies, for a total of roughly $300 million.

"It's fair to say that we are well ahead of our plan in each of our segments around the realization of synergies," Templin added.

MPC's original guidance was $480 million in synergies and up to $600 million by the end of 2019, rounding out to $40 million a month at the lower end. As Templin pointed out, the company is already averaging above that monthly number across all of its business segments.