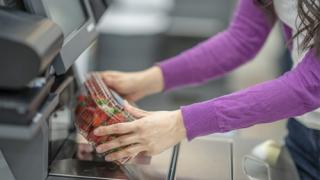 Making customers' lives easier is a driving force behind many decisions in the convenience store industry. Adding self-checkout is one such decision. Convenience stores are known for — and thrive on — their quick in-and-out format.

Transaction times in the channel were always fast, but what if they could be faster? Sometimes, customers do not have the time to wait in line as someone buys lottery tickets or an item from the backbar. Enter self-checkout, an option most shoppers are already familiar with from their trips to the grocery store.

While self-checkout certainly makes customers' lives easier, it does lead to unintended consequences — namely, less time waiting in line leads to less last-minute purchases. Many customers may not have even known they wanted a cold drink or a chocolate bar until they were waiting for someone to play their grandchildren's birthdays in that day's lottery.

"With more than 10 percent of all in-store transactions including a product from the front end, the financial impact from improving the front end can be significant in the current omnichannel retail landscape," Rajeev Sharma, founder and CEO of VideoMining, recently stated as the company shared self-checkout findings.

It's a wrinkle, for sure. But not one that can't be ironed out. It just takes c-store retailers recognizing the impact self-checkout has on shopper behavior and shifting their front-end merchandising strategy. For example, according to VideoMining, older shoppers prefer traditional manned checkouts vs. self-checkout, and men are less likely to buy from the front end vs. women. Couple those two insights and maybe craft a front-end merchandising plan that appeals to older woman.