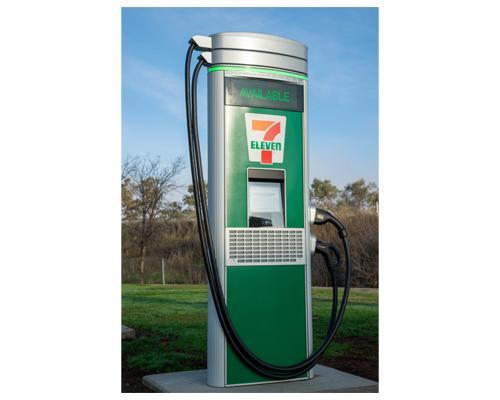 NATIONAL REPORT — 7-Eleven Inc. gained attention for its growth plans and other initiatives, while readers also set their sights on news from Refuel, Buc-ee's and more.

In the latest Industry Roundup, we present the top 10 most-read stories for the month of June, based on reader views:

1) 7-Eleven Charges Ahead With 'Massive' Electric Vehicle Installation Project
7‑Eleven Inc.'s latest initiative calls for installing at least 500 Direct Current Fast Charging (DCFC) ports at 250 select convenience stores in the United States and Canada by the end of 2022. The operator will own and operate the new DCFC ports.

2) FTC Issues Consent Order for 7-Eleven's Acquisition of Speedway
Six weeks after 7-Eleven Inc. took ownership of the Speedway convenience store chain, the retailer and the Federal Trade Commission (FTC) came to a final agreement over the transaction. Under the FTC consent order, 7-Eleven and Findlay, Ohio-based Marathon Petroleum Corp. (MPC) will divest c-stores in 293 markets across 20 states.

3) Refuel Sets Its Sights on At Least Tripling Its Current Store Count
Refuel Operating Co. LLC is making a name for itself as one of the fastest-growing convenience store retailers in the United States, and has no intentions of slowing down. What began as a single-store operation in 2010 has grown into a network of nearly 130 c-stores spread out across a five-state footprint.

4) Buc-ee's Adds Another State to Its Southern Expansion
Tennessee travelers are about to get another convenience store to shop. Buc-ee's broke ground on its first Tennessee location in June. When completed, the Crossville store will occupy a 53,000-sqaure-foot building and include 120 fueling positions on the forecourt.

5) How QuikTrip Is Investing in Its Leaders
Founded in 1958, QuikTrip Corp. (QT) has been a key player in transforming the convenience retailing landscape. Today, the 850-store chain has grown to a more than $11 billion company with operations across 11 states, and is consistently listed among Forbes' largest privately held companies. But at the core of QT's longevity and success is its more than 24,000 employees, who have contributed to the operator being named one of the Best Companies to Work For for 14 years.

6) 7-Eleven Brings a Little Mystery to the Candy Aisle This Summer
7-Eleven Inc. is offering a mysterious new flavor to candy fans. The convenience store retailer is the exclusive location to buy a Mystery Kids flavor-only package of Sour Patch Kids candy this summer.

7) Pride Stores Seeks Buyer for Its 31 C-stores
According to Pride Stores CEO Robert Bolduc, the plan is to sell off the entire company, retaining only a few real estate investments. He has hired a merger and acquisition firm and is hearing from potential buyers. Bolduc declined to name them except that they are big oil and gas companies, as well as big-chain convenience operators.

8) GPM Celebrates Opening of First Store in Its Remodel Initiative
GPM Investments LLC welcomed customers to the first of multiple convenience stores that are a part of the operator's remodel initiative that showcases an enhanced store design. The fas mart, located at 2758 Virginia Ave., in Collinsville, Va., hosted a grand opening celebration on June 10 and offered exclusive, limited-time promotions for fas REWARDS members from June 9-23.

9) Supreme Court Rejects Challenge to FDA's Vaping Regulations
The Food and Drug Administration's (FDA) regulation of electronic cigarettes and vapor products has withstood a legal challenge at the highest level. On June 7, the U.S. Supreme Court said it would not hear the case of a Mississippi vape shop, Big Times Vapes Inc., and the United States Vaping Association, which called into question the FDA's regulatory authority over e-cigarettes and vapor products.

10) Convenience Store News & Altria Launch New Platform for Diversity & Inclusion Discussion
To facilitate engagement in diversity, equity and inclusion among all convenience store industry stakeholders, Convenience Store News is partnering with exclusive underwriter Altria Group Inc. to launch a new industrywide initiative. The platform is a multi-touch digital and print program that will focus on the business case for c-store retailers and their supplier partners to place a greater emphasis on diversity and inclusion.